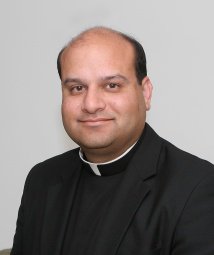 The relics of holy people – parts of the body after death , item sused during life – are a fundamental part of mankind’s religious imagination

One of the world’s most remarkable Christian relics, the right forearm and hand of St. Francis Xavier, the great 16th-century Jesuit missionary, is on a pilgrimage across Canada this month.

We hosted the relic in Kingston, Ont., this week, with thousands venerating the relic in our cathedral, after the students at the chaplaincy on campus completed an all-night prayer vigil in the presence of the relic. No doubt the enormous number that came by day were the fruit of the prayer by night.

English Canada’s religious culture is largely shaped by a Protestantism that does not emphasize the relics of the saints. In a secular culture that does not recognize saints, their relics hold no interest.

But it is humanly impossible for a culture to exist without relics. Even those who turn murderously against God need their relics. The communists drenched the soil of Russia with the blood of tens of thousands of priests, burned their churches and attempted to abolish their faith, only to install in the Kremlin their own unholy sepulchre, with Vladimir Lenin still on display for his dwindling faithful. The real holy sepulchre in Jerusalem is, of course, empty, which makes all the difference.

Others simply lose interest in the things of God, and flock instead to the hall of fame to see the sweat-soaked jersey of this superlative hockey player, or the puck that scored that historic goal. An entire global restaurant chain, The Hard Rock Café, was built on the premise that a burger is better when dining in the presence of Eric Clapton’s guitar. 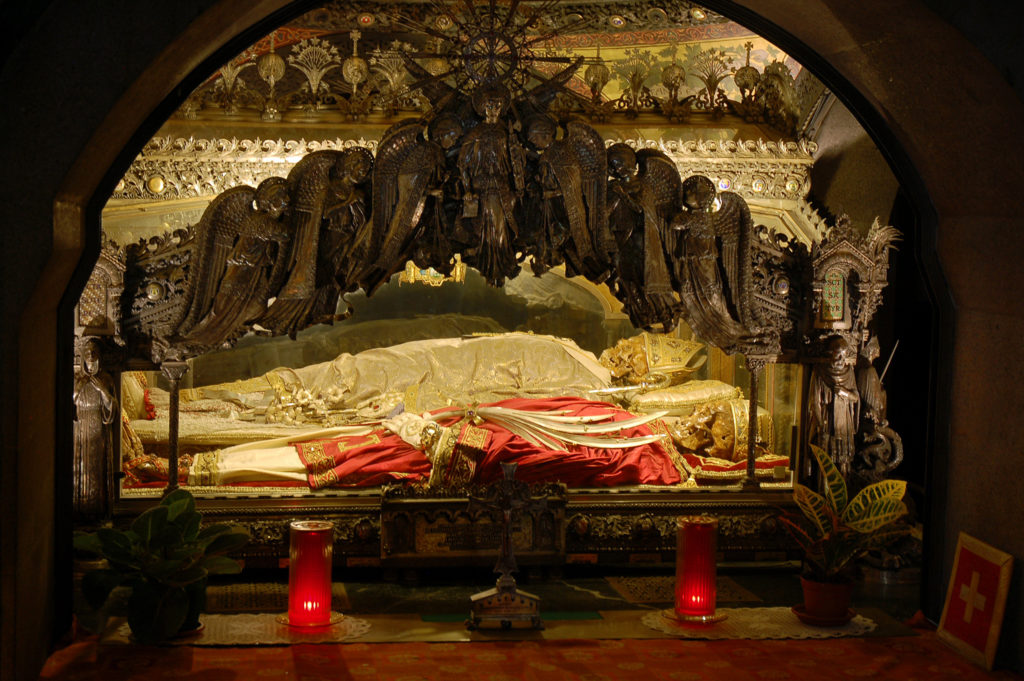 Biblically the power of relics goes back to the defining moment of the Jewish people, the exodus from Egypt, when Moses carried the bones of Joseph, son of Jacob (Israel), from slavery toward the promised land. The prophet Elisha’s bones were the occasion for a corpse returning to life. In the New Testament, we find that even handkerchiefs and aprons touched to St. Paul were brought to the sick for their healing.

In Islam, hairs of the Prophet Muhammad are treated with great reverence and preserved in several Islamic holy places.

So it should not surprise that when important relics from Christian history are taken on pilgrimage, the response of the faithful is both numerically impressive and profoundly moving. And among relics, the forearm and hand relic of St. Francis Xavier is one of the most impressive. There are few relics — short of incorrupt bodies, which are miraculously preserved from normal decomposition — as large. The body of St. Francis Xavier itself is incorrupt, venerated for more than 400 years in the cathedral of Goa, India, the site of his most impressive missionary work. It is only the forearm and hand that is kept in Rome, and which is now visiting Canada.

The pilgrimage is being organized by Catholic Christian Outreach (CCO), a movement of full-time missionaries on uni – versity campuses, which is another sign that the young faithful are often more inter – ested in their religious tradi – tions than their parents. But the pilgrimage is for everyone, and when the relic visits the St. Francis Xavier parish in Mississauga, Ont., on Sat – urday — a parish with many immigrants from Goa in its history — it will be all generations on hand. Indeed, one of the missionary couples of CCO had a baby boy last week and named him Xavier.

It’s a rare honor — and responsibility — for Canada’s young Catholics to host such a continental tour. The relic itself must be accompanied at all times, even on flights between cities, which is why it travels in a seat on the plane, not as cargo. The young man accompanying the relic, D’Arcy Murphy, noted that it is like the Stanley Cup in that way. Except that after 9/11, even the Stanley Cup goes into the (special) luggage hold. And except that it is unlikely that after 465 years it will be still around.

The visit of St. Francis Xavier’s relic has occasioned much curious and informative news coverage, which is to the good because it tells the true story of religion in Canada, namely that tradition is more attractive to young people than innovations, and that immigrants are making our country more religious, not less. I often visited St. Francis Xavier’s relic during my years of study in Rome. Having it in Canada is like welcoming an old friend for a visit — and introducing him to thousands of new friends.  Father Raymond J. de Souza is a chaplain to Newman House, the Roman Catholic mission at Queen’s University, Kingston, Ontario. Reprinted with Permission by Catholic Education Resource Center