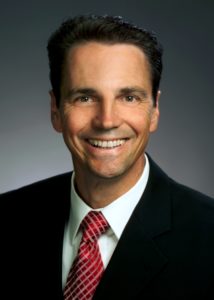 Why? There are many reasons for this unreasonable view of reason, not least because reason can threaten what we believe, because it’s not emotionally stimulating, because some view it as manipulative, and because it’s hard work.

2  Reasoning may cause me to change my beliefs. By its very nature, reasoning stimulates the intellect rather than the emotions. Pseudo-reasoning can be employed to manipulate people. But authentic reasoning takes work, especially when an issue is complex, or laden with passion. We have minds. We are able to think, and reasoning helps us to think more clearly in the sense of conforming our thinking to reality. Man, as St. John Paul II observed in Fides et Ratio, is unique in his ability to reason: “Within visible creation, man is the only creature who not only is capable of knowing but who knows that he knows, and is therefore interested in the real truth of what he perceives.”

Just because someone has scientific training doesn’t mean they are good reasoners. I’ve worked with scientists and engineers my whole career, and have experienced (and contributed) plenty of lackluster reasoning.

Some of the best, widely read reasoners of the twentieth century — G. K. Chesterton, C. S. Lewis, and Fulton Sheen — were intentional Christians. Faith linked to reason is more aligned with reality/creation than faith that ignores, or is dismissive of, reason. Not to say that goodness increases with better reasoning skills, but to the extent that one becomes a better reasoner, and better aligned with reality/creation, one ought to experience an attraction to truth. And while goodness may prevail in the absence of a regard for reasoning, it’s easier for someone to be manipulated when reasoning is absent, or scorned.

In a word, reasoning helps us to see creation more clearly, as it truly is. Scrupulously weighing evidence, considering different perspectives, separating evidence from speculation and dissimulation, making sure arguments are logically consistent, avoiding ad hominem attacks, tamping down emotion — challenging, even for practitioners of the art of reasoning.

As with any skill, reasoning must be learned and practiced. In a recent Wall Street Journal review of Alan Jacobs’ new book How to Think, Barton Swaim states: “What makes Mr. Jacobs so refreshing is that he considers bad thinking not as a cognitive problem but as a volitional one. The problem, he thinks, isn’t one of ‘overcoming bias’. Everyone is biased, especially those who think they’ve overcome their biases. ‘The fundamental problem we have may best be described as an orientation of the will: we suffer from a settled determination to avoid thinking’…Mr. Jacobs insists we must try harder.”

Right reasoning works from reliable evidence to conclusions, so learning to distinguish between reliable and unreliable evidence is essential. One of the most bizarre things you’ll ever hear is that we’re composed of atoms that were produced inside stars billions of light years from Earth — atoms that may have been part of a dinosaur two hundred million years ago, or part of an olive tree in Jesus’ Garden of Gethsemane, but the evidence suggests this is so. Reliable evidence can lead us in many directions, some familiar and some unfamiliar, though most of the time evidence has to do with matters more mundane than where atoms originated, and is more likely to confirm what we believe if we are already inclined to rely on reason.

We may accept inconclusive evidence when we need to reach a conclusion, or if in a situation in which not taking action may produce dire consequences. In such cases, conclusions might be provisional. As for consensus, it’s worthy of consideration, but consensus isn’t evidence, and is often wrong.

Distinguishing between evidence-based conclusions and speculation isn’t easy. Speculation is a marvelous human talent, but when it adopts the veneer of evidence it impedes reasoning. An example is a Wall Street Journal article entitled, “Recent Hurricanes Strain U.S. Towns’ Aging Sewer Systems”, in which the article states: “Hurricanes Harvey and Irma…exposed the failings of aging sewer systems that were unable to cope with the heavy rainfall and flooding.” There was nothing in this article, including the “expert” opinions, that connected the flooding problems in the Houston region with aging sewers. In fact, these sewers simply weren’t designed to handle such an apocalyptic storm.

Another example is the progression from reliable evidence of conditions on other worlds that may favor life as we know it, to speculation about the existence of life there, without clearly separating what is known (evidence) from what isn’t (speculation). While the muddying of boundaries between evidence and speculation is often inadvertent, when dissimulation is practiced, manipulation is intended. Sometimes, dissimulation weaves reliable evidence and falsehoods to produce a convincing fabric, and because dissumulators know human emotions can trump reason, they are good at stirring our passions.

Practiced reasoners are more likely to distinguish evidencebased conclusions from speculation, and are less susceptible to dissimulation, but, paradoxically, the better we become at reasoning, the more we are aware of our human limitations, including our intellectual limitations.

Civility is enhanced by a commitment to reasoning. A practitioner of reasoning is concerned with the evidence for, or substance of, an argument, rather than the “worthiness” of the person making the argument. The too-common practice of refuting an argument by labeling someone a liar, idiot, or deceiver indicates a deficit of intellectual rigor and character.

Today, we are deluged with information, voices, images, and pitches. It’s not a matter of tuning out, but one of fine tuning our minds to truth, mindful that reason and faith are not enemies. On the contrary, as John Paul II insisted, “reason and faith cannot be separated without diminishing the capacity of men and women to know themselves, the world and God in an appropriate way.”

Thomas M. Doran is a professional engineer with over 35 years of experience