As cited in the Catechism (No. 2043), the Precepts of the Church maintain that each person has the duty to support the material needs of the Church. Of course a person fulfills this obligation according to his abilities. The Code of Canon Law also states, “The Christian faithful are obliged to assist with the needs of the Church so that the Church has what is necessary for divine worship for apostolic works and works of charity end for the decent sustenance of ministers” (No. 222). However, the Church does not mandate a “tithe” as such of any percentage of income or other resource.

The word tithe comes from the Anglo-Saxon word teotha meaning “a tenth. ” The first mention of a tithe in the Bible occurs in G e n e s i s w h e n Melchizedek, a king and a “priest of God Most High,” offered a sacrifice of bread and wine in thanksgiving for Abraham’s victory over several enemy kings. As an o ff e r i n g t o God, A b r a h a m g a v e Melchizedek “a tenth of e v e r y t h i n g . ” (Co n f e r Genesis 14.) However, this tithe was not seen as i n i t i a t i n g some new practice, but rather as fulfilling an established custom. Apparently, one tenth of one’s bounty was customarily given to the priests in their service to God. 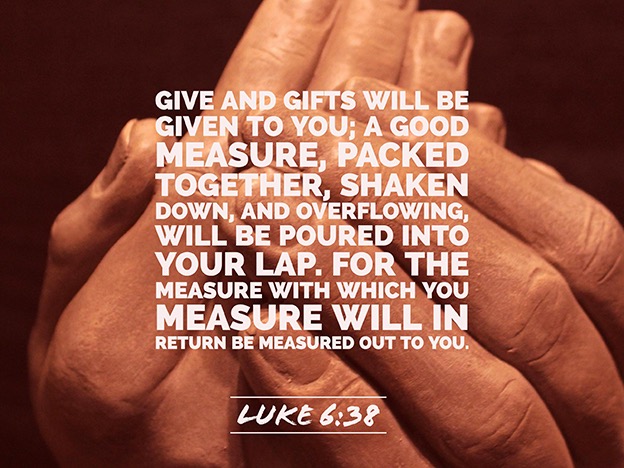 The Torah laws prescribe the offering of tithes A person offered to God, or “tithed,” one-tenth of the harvest of grain of the fields or the produce of fruit of the trees, one-tenth of new pressed wine and oil, and every tends firstborn animal of herd or flock (Leviticus 23 30-33. Deuteronomy 12:17. 14:22-29). Such tithing recognized that God had graciously bestowed these blessings upon man, and man in return offered a thanksgiving sacrifice of one-tenth of the “first fruits.”

The Book of Numbers also records how God prescribed that the Levites, the priestly class of the Jewish people were entrusted with these tithes: “To the Levites I hereby assign al} tithes in Israel as their heritage in recompense for the service they perform in the meeting tent” (Number 18:21-24). Therefore, these tithes were contributions offered to the Lord and distributed to the Levites for their support.

Interestingly, the practice of tithing whether as a sacrifice in honor of God or as a tax in payment to a ruler was common among the ancient people of Greece, Rome, Lydia, Arabia, Babylon, and Persia. Some archaeologists suggest that the portion one-tenth constituted the tithe because the number ten was the basis for the numerical system and thereby signified totality. Since God governed totality, any blessing received from it was a gift of God, and an appropriate act of thanksgiving one-tenth-ought to be returned to God.

In the early history of our Church, the priests depended upon the generous support of congregations for their sustenance. This custom was based on the New Testament instruction: Jesus taught the apostles to depend upon charity when He sent them on mission “Provide yourselves with neither gold nor silver nor copper in your belts; no traveling beg. no change of shirt, no sandals no walking staff. The workman after all, is worth his keep. (Mt. 10 10). St. Paul also instructed the early Church community to provide for the needs of their priests “Do you not realize that those who work in the temple are supported by the temple and those who minister at the alter share the offerings of the altar? Likewise, the Lord Himself ordered that those who preach the gospel should live by the gospel” (I Cor inthians 9:13- Such support, of course, was spontaneous and within a person’s means.

However, as the Church grew, the Church enacted laws to insure such support, based on the precepts of the Old Testament. The first recorded legislation is found in a letter of the Bishops assembled at Tours, France m 567 and the canons of the Council of Macon in 585. The Church viewed tithes as in accord with divine law since they were instituted by God Himself. The practice of tithing fluctuated throughout Europe. After the Protestant Reformation and then especially the French Revolution, and the growing secularization of civil government, mandatory tithing fell into disuse.

In the United States, churches have relied on the voluntary contributions of the faithful. Prior to Independence, a different situation existed. During the early colonial period in those areas governed by France and Spain a mandatory “tithing” was sometimes imposed which supported the Catholic Church. In the same way, in the English colonies tax revenue was used to support the Church of England. 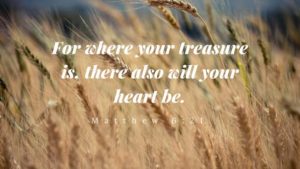 Although we may not have a rule of tithing, we do have the duty to support the needs of the Church, whether at the international, diocesan or parish level. Each of us should evaluate what we do “give back to God” through our support of the Church and charitable organization. For example, we should ask, “Do I give to God each week at least what I spend on entertainment, such as movies? Do I give to God at least one hour’s worth of my 40 hour pay check?” St. Paul in his Second Letter to the Corinthians (8:1-7) praised the generosity of the faithful in Macedonia: “In the midst of severe trial their overflowing joy and deep poverty have produced an abundant generosity According to their means — indeed I can testify even beyond their means — and voluntarily, they begged us insistently for the favor of sharing in this service to members of the church. “Each of us should be more of a “tither” than a “tipper” in returning a portion of our bounty back to God.

Father William Saunders is pastor of Our Lady of Hope parish in Potomac Falls, Virginia. He is dean of the Notre Dame Graduate School of Christendom College. The above article is a “Straight Answers” column he wrote for the Arlington Catholic Herald. Father Saunders is the author of Straight Answers, a book based on 100 of his columns, and Straight Answers II.