The season of Lent is a special time for Catholics. In almost every sphere of life, those who take something seriously come up with a plan. Championship sports teams, flourishing businesses, triumphant political campaigns and successful individuals all teach us a powerful lesson: Those who get results are generally the ones with better strategies implemented with perseverance.

That’s true, too, of the spiritual life, which is too important to wing. So much of our happiness, in this world and in the next, depends on whether we have a plan, whether it’s adequate to form us in holiness, and whether we make and keep the commitment to follow that plan. Lent is a time for Catholics to get back to the basics and make resolutions to prioritize what is truly important. We need to ensure, however, that our resolutions are commensurate to the task.

Pope Benedict used to stress that Lent is not about making minor course corrections in our lives, but about experiencing a radical and total conversion. It’s a moral exodus in which we give up the easy superficiality in which we live and resolve to adopt faithfully, step by step, Christ’s own path. It’s meant to be a Passover from mediocrity to sanctity; from being a part-time disciple to inserting ourselves fully into Christ’s paschal mystery; dying to ourselves so that Christ can truly live within us.

Lent, in short, is meant to help us recalibrate our entire existence and propel us toward becoming the Christians that our faith calls us to be. Our resolutions ought to reflect this. Will giving up candy for 40 days really make us holy? What about filling up a rice bowl with loose change or adding three extra Hail Marys at the end of the day? Such resolutions are, I think, equivalent to a professional athlete’s thinking he can train for the upcoming season by lifting five-pound barbells and watching Richard Simmons’ videos!

Lent, rather, is the “acceptable time” to get radical and put out into the deep, to overcome the temptation to become spiritual sissies in the resolutions we make, because if we’re wimps in the annual “spiritual boot camp” of Lent, then it’s almost impossible for us to have the spiritual discipline to live by Christ’s high standards throughout the rest of the year.

On Feb. 1, Pauline Books &amp; Media published a book I wrote entitled, Plan of Life, in which I tried to give an overview of the training for holiness to which St. John Paul II challenged the Church in his pastoral plan for the third Christian millennium. It’s an adaption of what future priests receive in seminaries, religious are given during novitiate, and members of the more recent movements and ecclesiastically-approved institutions for lay faithful gain through their ongoing formation. It tries to cover everything from getting up to going to bed and making the most of the time in between. 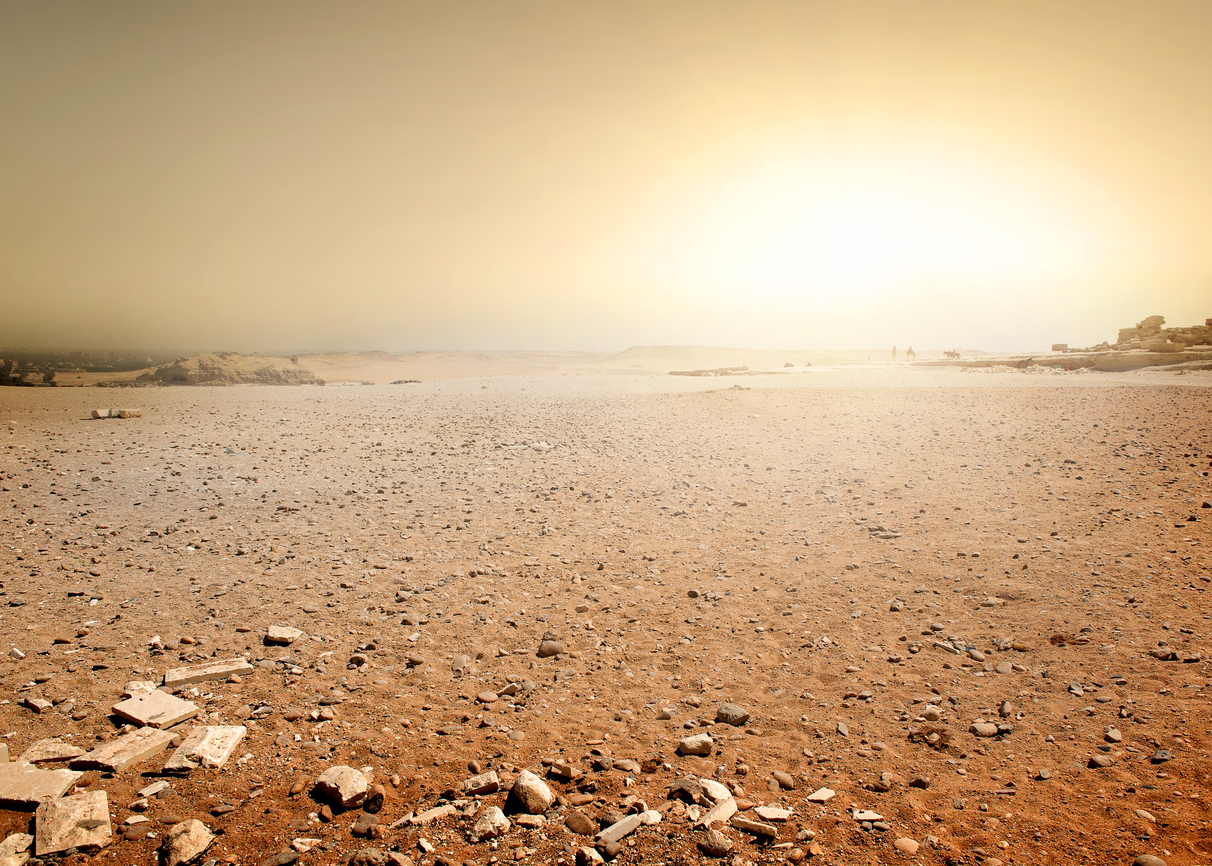 Sandy desert in Egypt at the sunset

At the beginning of Lent, we can focus on the basic Christian plan, what Jesus emphasizes for us every Ash Wednesday in the Gospel: praying, fasting and giving alms. In these practices of prayer, self-discipline and self-giving, Jesus summons us to follow him by imitating his bold example of praying and fasting in the desert for 40 days and nights and in giving himself to others to the last drop of his blood. Just as the devil tempted Adam and Eve in the Garden and Jesus in the desert, so he seeks to tempt us to disorder our relationship with ourselves, others and God.

Pope Benedict used to stress that Lent is not about mak ing minor cour se corrections in our lives, but about experiencing a radical and total conversion. In addition to being a great remedy against the seductions of the Evil One, these three traditional practices are also a great means to help us reorder our relationship to God, our neighbor and appetites.

First, prayer. If God is truly first in our lives, we will want to commit to making the loving dialogue with God our foremost priority. Rather than squeezing him into our day when we have time, we resolve to center our whole lives on him. Some Lenten resolutions to do this would be to come to daily Mass, “stay awake” with him in Gethsemane through Eucharistic adoration or a daily Holy Hour, pray the Stations of the Cross on Fridays, or try to attend a Lenten mission or retreat.

Second, fasting. Many of us, though believers, live like materialists, laboring harder to stock our refrigerators than to nourish ourselves spiritually.

Fasting helps us to say No to the devil’s temptations to prioritize our stomachs over our souls. It allows us to subordinate our bodily desires and needs to those of the Spirit, to control our desires rather than let them control us. The fast I ordinarily recommend is threefold: to drink mainly water throughout Lent, give up condiments on food (salt, pepper, sugar, butter, ketchup, salad dressing), and forsake sweets and snacks between meals. That’s a type of fast that not only is healthy, but at the end of 40 days will fill you with the discipline that it takes to be a disciple!

Third, almsgiving. Our biggest spiritual cancer often flows from selfishness or egocentrism. That is why the Lord commands us to give alms; to look toward others’ needs, not just our own; to love others in deeds and not just wish them well; and to take responsibility for others’ welfare, for as often as we fail to do something for them, we fail to care for Christ (Matthew 25:45).

How charitable should we be? We should try to give more than our surplus time or resources, but extend ourselves like the widow with her mite, something that will conform us to Christ’s standard of loving generosity. We should also be deliberate about our charity, not just engaging in “random acts of kindness,” but having a concerted game plan of self-sacrifice, just as Jesus had one toward us from before the world’s foundation.

Father Roger J. Landry is a priest of the Diocese of Fall River, Massachusetts, who works for the Holy See’s Permanent Observer Mission to the United Nations in New York. Father Landry is the national chaplain of Catholic Voices USA. His homilies are posted each week at saintanthonynewbedford.com and he is the author of Plan of Life: Habits to Help You Grow Closer to God.