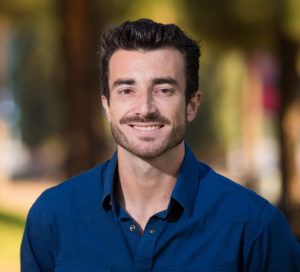 The somewhat questionable consequences of smartphones, social media, and the many other technologies of their ilk have been well documented. A Psychology Today article, “How Technology is Changing the Way Children Think and Focus,” for example, had this to say about the societal effect of recent technologies: “Frequent exposure by so-called digital natives to technology is actually wiring their brain in ways very different than in previous generations.” Terms like “digital natives” and “wiring their brain” can sound vaguely ominous, maybe even apocalyptic. Of course, we could have said something similar about the baby boomers and the advent of their surrogate babysitters: television sets. And to be fair, such recent technologies also offer a lot of in the way of good for our world. Like most things in life, there are “pros” and “cons.”

If we survey the “cons,” the decrease in attention spans tends to be one of the biggest criticisms levied against the tide of technological progress. However, there is another burgeoning criticism that presents some grave implications. A recent article in The New York Times (“Stop Googling. Let’s Talk.”) explores a lesser-known drawback of recent technology: a diminished capacity for empathy. This is worth pausing over, since a society that loses its ability to empathize with others can quickly descend toward the inhumane. The article references a study conducted a few years ago by a team at the University of Michigan led by psychologist Sara Konrath. After reviewing 72 studies conducted over a 30-year period, they found that a “40 percent decline in empathy among college students, with most of the decline taking place after 2000.”

The author of the article, M.I.T. professor Sherry Turkle, goes on to affirm such findings, specifically among young children, by detailing her own experience of consulting with faculty at a private middle school. 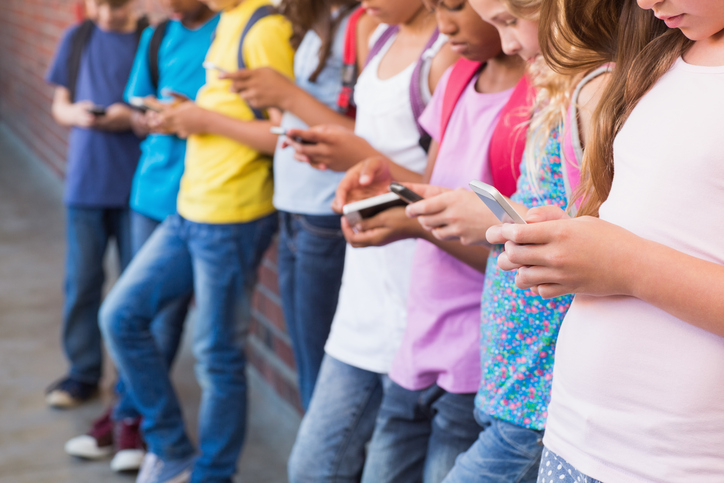 “At a retreat, the dean described how a seventh grader had tried to exclude a classmate from a school social event. It’s an age-old problem, except that this time when the student was asked about her behavior, the dean reported that the girl didn’t have much to say: ‘She was almost robotic in her response. She said, “I don’t have feelings about this.” She couldn’t read the signals that the other student was hurt.’” The problem unfolds quite logically: if we can’t empathize with others, then we can’t as easily love them.

It’s worth mentioning that we can still will the good of others, and love them through acts of service even if we don’t “feel” for our neighbor, but it becomes harder to do so. (To be sure, there will always remain instances when we’re called to love without the feelings.) By cultivating a more empathetic worldview, we are making it easier to fulfill Christ’s command to heal the sick, set captives free, and spread the Gospel of life. There are times in the Gospel when we not only read about what Christ did to help others, but also about what he felt. Christ had “pity” on those suffering in his midst, which then moved him to loving action. The role that empathy plays is crucial, so any threat to our ability to “feel” for our suffering neighbor is worth taking seriously.

Many of us have been conditioned to rely on technology—be that our phones, laptops, or tablets—as a means of comfort, entertainment, information, and in the case of certain awkward social situations, escape. Honestly, when we’re eating dinner by ourselves in a restaurant, sitting on the bus alone, or waiting for a friend meeting us at a crowded venue, how many of us don’t rely on our phones to fill the empty space?

On certain days after work I head to a coffee shop to write. On those days I grab dinner somewhere quickly by myself. As I’m sitting alone at a table with a sandwich or salad in front of me, I feel the overwhelming compulsion to look at my phone. It feels strange not to be doing something and to just sit by myself, not listening to a podcast, talking on the phone, reading articles on my newsfeed, or doing anything else but eating.

Part of the reason it’s hard to sit alone is because it can be boring. I’ve conditioned myself to receive short rewards for looking at my phone. Each YouTube video, Facebook post, or email notification gives me something to chew on. I’m never bored because I have unmitigated access to something to entertain, inform, or engage me.But the less I’m able to sit in my own presence, the less I’m able to sit in another’s as well. As it turns out, being present to ourselves in the form of healthy solitude is similar to being present to our neighbor. If we can’t do one well, we can’t do the other well, either. Turkle unpacks this in her article:

“A VIRTUOUS circle links conversation to the capacity for selfreflection. When we are secure in ourselves, we are able to really hear what other people have to say. At the same time, conversation with other people, both in intimate settings and in larger social groups, leads us to become better at inner dialogue.”

There is tremendous irony in that often our gratuitous desire to connect with others, via social media for instance, can leave us more isolated. Our desire for connection is valid and worth honoring, but the best way to do this may be limiting time spent pursuing “digital connections” in order to create space for face-toface relationships.

There is something mysteriously sacramental about spending time with someone through in-person conversation devoid of expectation or distraction.

When we open ourselves up to relationships with others through our presence—and nothing else—we welcome a level of vulnerability, which can then lead to real and authentic connections. It’s hard to sit in the shared space with someone else and have ordinary, boring, and meandering conversation. There are awkward pauses, moments we don’t know what to say or how to respond, feelings of restlessness and impatience. This is often the case when we’re first getting to know someone, where we have to tread lightly across a plain of superficial and sometimes bland topics in order to set the groundwork to dig deeper. However, if we are talking to others while checking our phone, or thinking about checking our phone, then how can we ever get past that initial superficial level of getting to know someone, and therefore establish real, honest, and empathetic relationships?

Turkle mentions in her article that “the mere presence of a phone” in the periphery of two people in conversation influences what they talk about. With a phone present, two people will tend to only discuss things of which they are willing to endure interruption. It’s okay if the person across from me picks up their phone if I’m talking about a movie I saw or concert I attended over the weekend. However, I won’t risk talking about a struggling marriage, weakened faith, or deep yearning if I suspect that such vulnerability might be met with feigned nodding, eyes glued to a phone.

Not only does the undisciplined use of technology limit our ability to empathize and connect with another, but we ultimately miss out on experiencing God at a deeper level. For the more we enter the inner life of another—one created in the image and likeness of God—the more we come to know about the mystery of God. Charles Dickens wrote in his iconic A Tale of Two Cities that “every human creature is constituted to be that profound secret and mystery to every other.” By keeping our attention on the latest tweet or email alert, we miss out on something of infinitely more beauty and mystery: the person in front of us.

Chris Hazell is the founder of The Call Collective, a blog exploring the intersection between faith, culture and creativity. He holds bachelors’ degrees in English and Economics from UCLA and currently works as a Lead Content Strategist for Point Loma Nazarene University.