Following the Lord’s Ascension into heaven, the Apostles were gathered once again in the Upper Room where the Lord had instituted both the Eucharist and the Priesthood at the Last Supper. It was also the place where he first appeared to them following the Resurrection. Tradition tells us that the Apostles were not alone on this particular day and that Mary, the Mother of the Lord, was with them. Jerusalem was filled with Jews who had come to the holy city for the feast of Pentecost. Pentecost was a feast celebrating the wheat harvest that was celebrated seven weeks and one day (50 days) following Passover. That day was the day that would forever change the face of the earth.

Before hi s Ascension, the Lord promised the Apostles that he would send a paraclete, an advocate to be with them always until he returned in glory. It was precisely this advocate for whom the Apostles waited in the Upper Room, when on that Pentecost day, the Lord Jesus fulfilled his promise and the Holy Spirit came upon the Apostles and Mary, appearing as tongues of fire. It was precisely in this moment that the Good News, the Gospel of Jesus Christ, was preparing to break forth into the greater world. 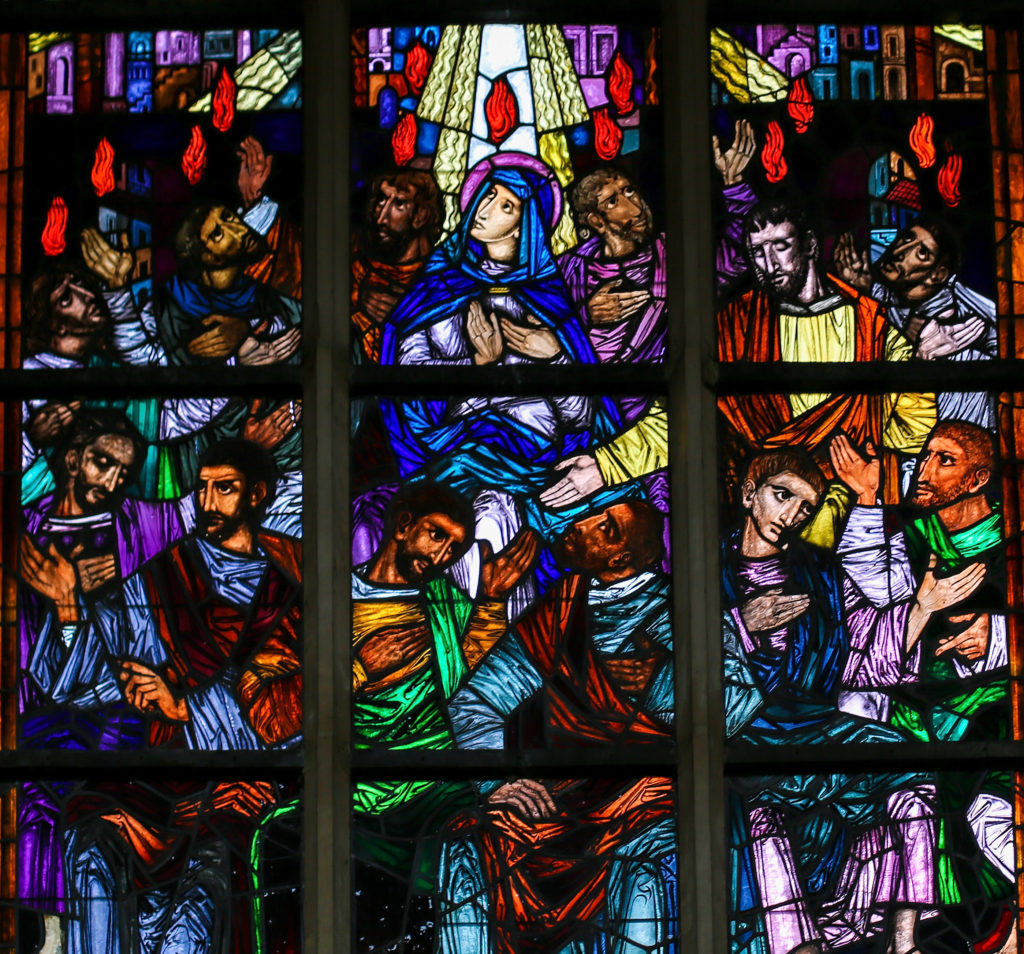 From the Upper Room, the Apostles went forth as new men, as new creations. The grace of the Holy Spirit had forever changed them, transforming their fear and trepidation into courage and zeal. With this gift of the Holy Spirit, they went out and fulfilled the Lord’s command to preach the forgiveness of sins, beginning first in Jerusalem. The Acts of the Apostles recounts that some 3,000 people that very day heard the preaching of the Apostles, believed, were baptized, and thus the Church was born.

Today, we who are the Church, who have been claimed by Christ in baptism and anointed with the Holy Spirit through confirmation, and who are strengthened by the Lord’s Body and Blood in the Eucharist, are called to carry on this mission begun by the Apostles some 2,000 years ago. We who profess the name of Christ are his disciples because we have come to believe in him, but our discipleship must be transformed into apostleship. The word apostle means “one who is sent.” The Apostles were the first to be sent but we are called by Christ, and strengthened by the Spirit, to continue their mission. On this Pentecost Sunday and always, let us open our hearts to the gift of the Holy Spirit who continues to guide the Church. Let us cooperate with the grace of the Spirit that seeks to make us witnesses of the crucified and risen Lord so that through our lives others may come to know and believe in the Lord Jesus.