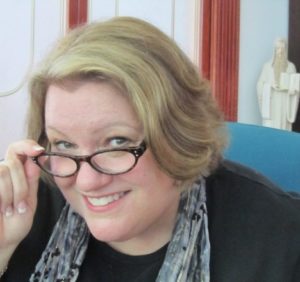 You rocked the earth, split it open;

Neither the lava flowing from Hawaii’s Kilauea volcano nor the National Guard helping people out are asking anyone about their politics or their religion as the magma rolls.

Volcanoes, destructive earthquakes and storms have a way of reminding us that— despite the roiling headlines—our divisions are both embraceable, and releasable as circumstances warrant. Catastrophe has a way of subduing our prejudices until “theys” and “thems” become only “us”—creatures living within a creation that shudders and quakes and shouts out in pain thanks to the actions of a broken humanity.

Well, yes. Pope Francis actually makes that point in the second paragraph of his 2015 encyclical, Laudato Si’ in seldom-quoted lines that seem more relevant every day:

The violence present in our hearts, wounded by sin, is also reflected in the symptoms of sickness evident in the soil, in the water, in the air and in all forms of life. This is why the earth herself, burdened and laid waste, is among the most abandoned and maltreated of our poor; she “groans in travail” (Rom 8:22).

We have forgotten that we ourselves are dust of the earth (cf. Gen 2:7); our very bodies are made up of her elements, we breathe her air and we receive life and refreshment from her waters.

Weird events in nature tend to cue a debate as to wehther they are occurring naturally or are the fault of an anthropogenic (“man-made”) injury to creation. Science is usually at the crux of either argument, but religion can bring a perspective that even the “spiritual but not religious” may be able to get behind.

Nature co-operates with itself and its laws. In so doing, nature sustains, preserves, and perpetuates itself in a way that co-creates with the intention of the Creator. A bird pecks for food and the action aerates the ground, keeping it alive and receptive; the waters evaporate up to the heavens and return to us fresh and clean, and the earth is softened and seedlings grow. Nature operates within its sphere, lives as it is intended to live. There is no conflict.

Humanity came to consciousness possessing free will, and with a co-creative aspect as well. Like the rest of nature—like the blue jay and the soil and the rain —we sustain, preserve, and perpetuate ourselves through cooperation with the design of nature. That is, when we are not in conflict with the great ongoing intention of life, born of the very mind of the Creator.

Nature cannot say it is not what it is. A tree cannot insist that it is a flower; a squirrel cannot declare itself a bird and then try to outthink and outsmart nature, in order to compel its co-operation in that direction. Nature, rightly-ordered, asserts nothing of itself, because it simply is.

Humanity, however, precisely because it is endowed beyond natural instinct and gifted with consciousness, creativity, reason, and free will, is in near-constant conflict with itself. If the birds and worms and earth co-operate easily within the great wholeness of creation, human beings simply cannot. Created in the image and likeness of God, imbued with the spark of God, humanity longs for more; it longs to reunite with that spark, to be forever enclosed within the wholeness of God.

Materially, such an action is—like the hand of Adam, outstretched to the Father—forever beyond the reach of even the strongest human will, and that being the case, humanity fills the empty space of its exile with its own reason and gifts.

The very character of human giftedness, with its conscious observation and sense of self, immediately distinguishes the human animal from the instinct of nature, which—once, more— simply, objectively is; humanity continually prompts an assertion of itself, which is, “I Am.” This assertion initiates an ever renewed, and deluded, quest for meaning as humanity seeks to become the god of its own generation and creation, an ambition that brings human beings, again and again, first into conflict with the self, and then with others, and finally with the rest of creation.

And yet, humankind is most beloved of the Creator, who condescended to incarnate, and set a tent with humanity, in order to save it from a redundantly enthusiastic pursuit of its own demise.

Creation is alive; we wound it with the sins of greed, sloth, pride, gluttony, envy, wrath, and lust, which are embodied in commerce and industry, and also within ourselves, for these sins lie at the core of our insistence that not only may we move beyond the logic of nature, but—in honor of our Godspark, which is reason— we must.

God looked at the perfection of created nature and pronounced it “good.” Into perfect nature, mankind, through the agency of ego and conceit, introduces what is unnatural—and pronounces it “better.”

And when what is natural and perfect must endure what is unnatural and imperfect—whether delivered through chemistry or by explosive brute force, or by social convention—there is a tragic reckoning. Scripture tells us the earth groans; it objects, as it must, because what is natural and pure cannot live in harmony with what is unnatural and impure. The earth roils to be rid of the sin that intrudes upon perfection, and there are the floods and earthquakes and volcanoes, the pestilences and unusual signs and tremors that Christ Jesus himself spoke of.

The earth trembles on its axis because of the human heart and mind, which is bored by exile, unsatisfied with the reality of the natural, and endlessly attempting to play at godhood for its own gratification. This is what Pope Francis means when he asserts that community cannot exist in the unreality of the ether (LS, 103-110), that rejection of God-willed life cannot affirm the very nature we seek to assist (LS, 118-121), and that a confused and conflicted misunderstanding of our own bodies and the dignity inherent within them—ours and everyone else’s—entertains an illusion of power that is in fact an admission of great weakness (LS, 154-159).

As we see within our own church, what is holy and what is profane may exist within close proximity of each other, but they can never be fully one; there will always be the battle between what is deadly and corrupt coming against what is life-giving and good. The Church is even now expressing its anguished moans over the conflict and the destruction that such friction has wrought.

So too, the earth. As long as humanity, serving the muse of gifted reason and ego, insists upon the introduction of unnatural means to achieve its insatiable ends—be they personal or commercial or some amalgam of both—creation will continue to writhe in objection.

If we truly want to be a balm to creation, we must first be humbled to its orderliness, which does abide within us, as well as apart from us. We must cast off the deadly sins which urge us forward, a n d s e e k t h e interior restoration that comes from reconciliation to w h a t i s G o d – ordained, God created, and God sustained.

T h e e a r t h i s perfect; if we are to live in harmony with it, we too must be perfect, as Christ Jesus urged us: “Be perfect, as my Father is perfect.” Then we will be holy, and our outreach to God might finally bring us nearer— lifting the hand of Adam ever-so-slightly forward, toward the All- Holy.

We know that for the Incarnation to form, a pristine vessel in the form of Mary, the Immaculate Conception, was needed to contain and bring forth the All-Purity. Laudato Si’ is an admonishment away from all of our sin, all of our hatreds, all of our conceits, all of our pridefulness, all of our greed, all of our lust and gluttony, all of our self-indulgent wrath, and toward what is holy, good, and pure.

It is an invitation toward Incarnation.

Elizabeth Scalia is a Benedictine Oblate and author of several books including the award-winning Strange Gods: Unmasking the Idols in Everyday Life (Ave Maria Press) and Little Sins Mean a Lot (OSV).