“Okay,” Jack earnestly responded, as he looked into my eyes and then drank from the chalice. I was serving as a Eucharistic minister at the Confirmation Mass for the teenagers I had prepared for the sacrament over the past two years, and needless to say, I was taken aback by the realization that I had neglected to review with my students one very important detail: the proper, prayerful response when receiving the body and blood of Christ.

Jack’s “Okay” was joined by several “Thank yous,” a handful of blank stares, a nod or two, and a smattering of the appropriate “Amen.” Mixed with surprise and a dose of mortification (if they didn’t know to say Amen to me, they didn’t know to say Amen to the bishop as he  distributed the host!), the varied responses of our parish’s new confirmandi filled me with regret. My remorse stemmed not from the young people’s failure to memorize a line, but from the fact that the meaning of the response was lost on them.

While most of us know to say Amen when receiving Communion, chances are that we’ve all said the word habitually rather than heartfully at some point or another. This is natural. When we repeat words over and over again — whether “Amen,” “and to the republic for which it stands,” or “Thank you”— they run the risk of becoming mechanical. We probably all remember being told to “Say it like you mean it” when apologizing or expressing gratitude as a child, and so we know that the number one antidote to a rote response is to have genuine feelings behind the words we say. But in order to have the feelings necessary to say it like we mean it, we have to know what we’re saying. 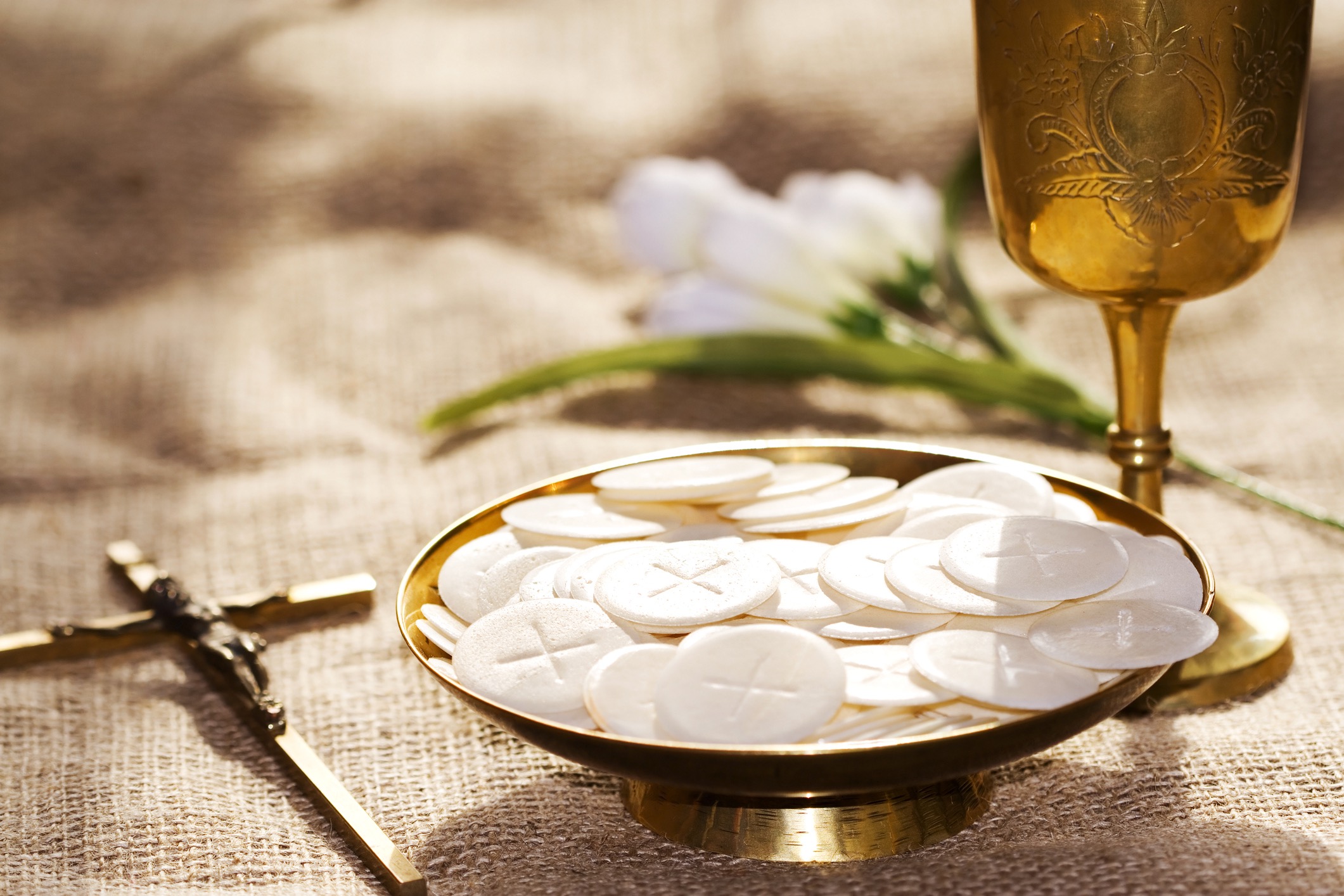 Our English Amen appears to be derived from a Hebrew verb meaning to confirm, support, or uphold, and it’s also associated with a Hebrew noun conveying veracity, certainty, and dependability. When we say Amen at the end of a prayer, we are confirming that we mean what we’ve said and that our words are truthful and dependable. Like a stamp of approval or a signature on a formal document, an Amen is a way of saying, “I stand by this.” The Catechism of the Catholic Church explains the word as meaning “So be it,” and that in using it to close a composed prayer, we’re personally ratifying the words and practices that we share with countless others across time and space (CCC 2856). In other words, we claim an ancient tradition as our own when we say “Amen.”

This claiming is not without consequences.

In the case of the Eucharist, if we truly mean “So be it,” if we verily agree that we are receiving the body of Christ, the implications are profound. Because if we really believe that the body of Christ enters us when we receive communion, that means that we are united with God and that we carry Christ into the world with us as we leave Mass each week. And this is a call to action for every one of us. It’s a call to be in relationship with the God who longs to be so close to us that he offered himself as nourishment for us. And it’s a call to let the light of Christ shine forth from us; to make that body that we’ve received manifest in the world through our words and deeds. When we claim our faith, our faith claims us.

To be sure, I’ll be returning to the basics and reminding students of the important Mass parts and responses before their Confirmation service this year. But more importantly, I want them to know what they’re saying and why so that they can say it like they mean it. Because when spoken with sincerity,

“Amen” is more than a perfunctory sign-off from prayer: It’s an affirming statement of faith and an openness to the transformation that faith can have on our lives.

This article was published with permission from the Busted Halo editorial staff. The article was written by Teresa Coda. Teresa Coda works as a director of faith formation at a Catholic church. She has a master’s degree in Divinity from Harvard Divinity School where she studied theology and pastoral care and counseling. She lives in Providence, Rhode Island, with her husband. You can find the original article here: https://bustedhalo.com/ministry-resources/amen-say-like-mean