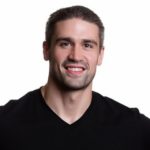 When my wife and I put our house on the market, by the grace of God we had three showings in less than a week. It occurred to me that when people I have never met come into my home, I often wonder what goes through their mind as they enter and take the inevitable tour. It’s probably quite obvious that we are a family with many children as there is a bunk bed and a single bed surrounded by toy boxes full of weaponry and basketballs in one room and a crib accompanied by a play kitchen and pink, frilly dolls in another. However, another aspect that simply can’t escape the inquisitor is that this home is also one where religion is a deeply rooted aspect of the family dynamic. Specifically, a Catholic dynamic.

I remember one day when I was finishing a quick run, and as I was about thirty meters away from my home, I noticed a nice man in a suit carrying a book and a few materials. It was obvious to me that he was either a Mormon or a Jehovah’s Witness, and my delight in the possibility of a discussion made my adrenaline kick back in after a two-mile jog. However, just before he was going to knock on the door I saw him peer over to a plaque that my family has on the front of the house. This plaque has the images of the Sacred Heart and the Immaculate Heart along with the words, “May the Blessed Mother and Christ our Lord protect this house from harm.” After gazing over to the picture in detail he neglected to knock and started walking to his car. As I jogged into the driveway, he noticed me and we had a decently short conversation about the importance of faith, but the man wasn’t that interested in talking. I don’t know whether it was the picture that scared him off or he simply felt the need to leave, but one thing is for sure: that man knew where I stood before we even had a discussion.

As the individuals receiving a walk-through of my home took a look around, they might have noticed much of the same type of art, statues, and the holy water font by the front door. And if they took a quick gander into any of my four bookshelves stacked full, the same impression might have been produced. I wonder how much of an effect this might have had. Are these people Christian? If so, where do they worship? Are they secularists? If so, I wonder what their synopsis of my home decoration was. Did they think that some quack lives here, some religious fanatic with crucifixes in every room who must be out of his mind? Or did they respect the fact that this home is inhabited by a family with priorities? Either way, I hope that they came away knowing that in these walls for the past four years has lived a family who has dedicated their lives to something higher than themselves, and that in this home Jesus Christ is Lord.

Blessed John Henry Newman, an evangelistic game-changer, taught extensively on the concept of “Real Assent” versus “Notional Assent.” Real Assent is based on an experience of the senses which draws man to recognize a higher good. For example, a beautiful church or seeing the good sisters helping the poor in Calcutta would cause an instinctive rise of an emotional response to the beauty of the situation and a desire to strive for its Source. Notional Assent is much more of an educational standpoint, convincing a person of truth through the reasonable and recognizable facets of humanity’s relationship with the divine. And as Newman stated in his Grammar of Assent: “Real apprehension (assent), then, may be pronounced stronger than notional, because things, which are its objects, are confessedly more impressive and affective than notions, which are the objects of notional. Experiences and their images strike and occupy the mind, as abstractions and their combinations do not.”

It is in this boundary, that of Real Assent, in which I think families ought to see their homes. When a person visits your home, whether or not he shares the same faith, could they recognize that you are indeed a Catholic Christian? And in your dealings with them do you treat them in such a manner that those pictures, statues, and regalia ring true? The domestic church is undeniably a place where God dwells.

Now, I am not saying that we ought to fill our homes with a ridiculous amount of overpowering images which would cause the average person to squeak in fear. Rather, what I am hinting at is that in today’s culture the average American person doesn’t really get to experience the beauty of the Catholic faith’s tradition in the arts and the senses, unless they are willing to step into the doors of a church or visit the beauty that is Europe or the borders of the old Byzantine Empire. In the public square they won’t see any of it. In many of our separated brethren’s churches they will not see it. Perhaps their only opportunity up to this point in their lives to see such works is in the home of their “Catholic friend.” We shouldn’t disappoint. Take pride in your Catholic heritage and be willing to put it on full display.

Jared Zimmerer is a Catholic author, speaker, blogger, husband and father of 6 and the Director of the Word on Fire Institute. He also holds a Master’s Degree in Theology from Holy Apostles College and Seminary.