As football season comes to its long-anticipated start, it seems the nation has been cast into a frenzy of excitement. I can’t recall the number of times I’ve heard, “It’s finally football season again!” and “Thank God for Sundays!” in some form or another. And yes, I agree. I love football (especially college football), and I’m glad it’s back.

A few years ago college football meant everything to me. I remember late nights in my dorm room, my tired eyes lit up by the pale flicker of my computer, where I unremittingly combed various blogs and sites breaking down the upcoming season: everything from the star rankings of recent recruits to the particular strengths and weaknesses of our secondary. I obsessed over it. And since my school fielded a relatively mediocre team when I was in college, it was beyond painful to watch. Before every year I envisioned my team raising the BCS trophy like a king his scepter, garnering the nation’s admiration and respect. And there I would be, amidst a sea of other Bruin faithful celebrating the win in ecstasy—it would validate our existence as a school, and in some way, my identity as a man. Say what you will about my character, my football team is a winner.

I recall one Saturday morning in December tailgating before a rivalry game at USC. Every year this game cast an all encompassing sense of anticipation and exhilaration. Bursting with eagerness, I couldn’t sleep the night before (it was reminiscent of my eight year old self before a day at Disneyland). We set up camp at 7am for a 12:30pm game on campus, enjoying all of the festive fair that accompanies a tailgate: grilled carne asada, charred hot dogs, a variety of chips and lukewarm Bud Lights. The campus was electric, and as the game neared a growing sense of emotion seemed to endlessly crescendo. Clad in “Powderkeg blue,” about thirty minutes before the game, we set forth through enemy woods to the stadium. Chanting, taunting, clapping and heckling accompanied our arrogant strut through campus—all pretty standard. I recall near the end of our arduous journey getting into a man’s face—a fan who admittedly had three inches and sixty pounds on me—and yelling with full might. In my fit of sports-induced hysteria I became unreasonable, illogical and stupid. I was ready to fight this man. Why? Because he didn’t like the same football team I did. And so as my friends pulled me back from the incipient confrontation, I continued to hurl taunts toward a faceless crowd in red. 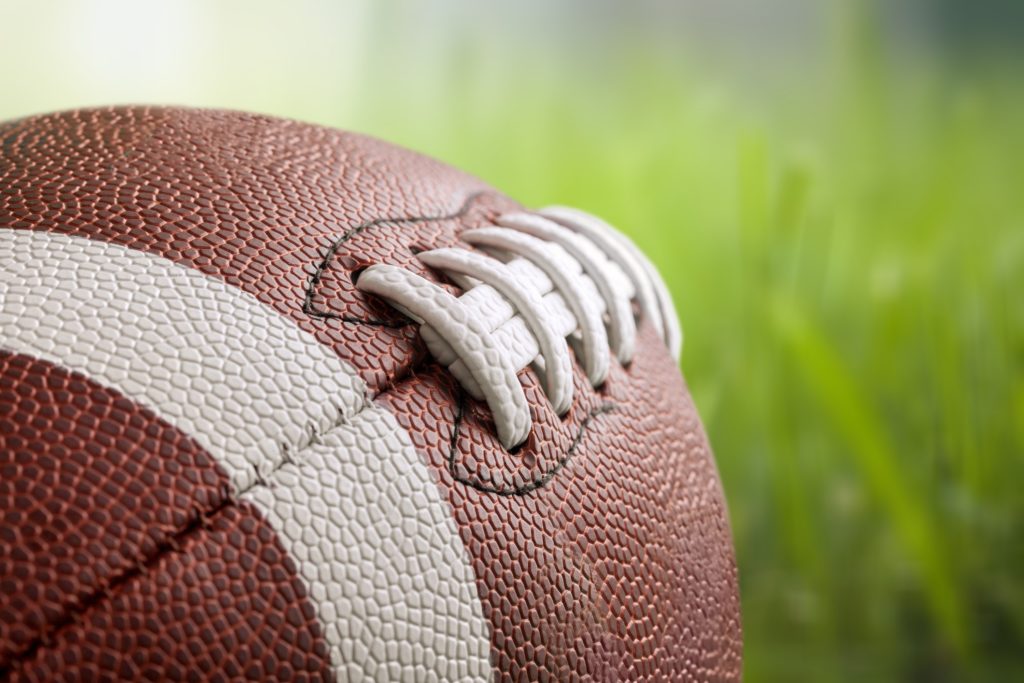 Looking back on it now, it’s obvious that I idolized the sport. It provided me with certain things that I wanted: a sense of belonging, an end goal to root for, something to occupy my idle time, an enjoyable escape.

I still think sports can provide these things, and they’re a great gift to be enjoyed by all means. I’m still a huge college football fan, as evidenced by my continued tendency to yell at the T.V. and pace nervously in front of it on 3rd and long. But at least in my case, I worshiped it. I allowed the game to influence me to an unhealthy degree. My moods and feelings were fettered to the outcome of a game. If we won, especially a game we weren’t expected to, there was a great sense of joy and thrill. If we lost, a dark cloud of agitation and deep disappointment plagued me.

Our stadiums have become our shrines. It’s hardly surprising that football games fall on Sunday (in addition to Saturdays, Thursdays and Mondays), subtly reflecting what our country worships today. According to the NFL, the average NFL game received 17.6 million viewers, and 205 million Americans watched at least one game last year. Our Sabbath day has morphed into a twelve-hour stint of binge watching, especially with the recent popularity of fantasy football.

If we’re busy giving all of our time and selves to this sport, then how can be fulfill the role God calls us to fulfill?

We’re called to live fruitful lives, and to invest our gifts and time into building his kingdom. On Sundays, are we setting aside time to reach out to our loved ones, be present with our families, spend time with friends in a spirit of rest, serve those in need, or, especially, take time for quiet reflection and communion with God?

Why not make the Lord’s Day a more intense time of sharing, encouraging all the inventiveness of which Christian charity is capable? Inviting to a meal people who are alone, visiting the sick, providing food for needy families, spending a few hours in voluntary work and acts of solidarity: these would certainly be ways of bringing into people’s lives the love of Christ received at the Eucharistic table.

Even though this day should offer us rest from the toils of our workweek, it doesn’t mean we rest from bringing Christ’s love to our communities and homes. In addition to allowing us time to serve and love others, it gives us time for reflection—the opportunity to reassess our lives and order them properly in light of the Gospel. Saint John Paul II speaks about this as well:

Through Sunday rest, daily concerns and tasks can find their proper perspective: the material things about which we worry give way to spiritual values; in a moment of encounter and less pressured exchange, we see the true face of the people with whom we live. Even the beauties of nature—too often marred by the desire to exploit, which turns against man himself —can be rediscovered and enjoyed to the full. As the day on which man is at peace with God, with himself and with others, Sunday becomes a moment when people can look anew upon the wonders of nature, allowing themselves to be caught up in that marvelous and mysterious harmony which, in the words of Saint Ambrose, weds the many elements of the cosmos in a “bond of communion and peace” by “an inviolable law of concord and love..

And this time for reflection—this quiet re-molding of the soul to align better with our Father’s will—is not merely a checkbox to be checked; rather, it allows us to forge a conscience that is capable of answering the demands of love in our lives—to become the unrepeatable and inimitable light we’re all called to be in the world:

“The whole function of the life of prayer is, then, to enlighten and strengthen our conscience so that it not only knows and perceives the outward, written precepts of the moral and divine laws, but above all lives God’s law in concrete reality by perfect and continual union with His will.”
– Thomas Merton, No Man Is An Island

Being a Trappist monk, Merton knew well the indispensable character of reflection in forming our lives toward God’s will. There is also no doubt that when so many of us are burdened by the necessary obligations of our working and family lives during the week, that Sunday should serve as a cool fount of respite—a day to place our packs to the grown and drink from the waters of God’s flowing grace and nourishment. Yet, again, even Merton wouldn’t say that the enjoyment of something like football is a bad thing. It’s not insomuch as it allows proper rest and enjoyment without hindering the other vital aspects of the Sabbath needed for our continued spiritual journey: the mass and the Eucharist, time for reflection, visiting with family and friends, serving others in need of love and compassion. Instead, we come to find that by limiting our consumption of a certain good— even our nation’s new favorite past time—we are able to drink of its enjoyment more fully:

“Pleasure, which is good, has more to do with virtue than it has with sin. The virtue that is sufficiently resolute to pay the price of self-denial will eventually taste greater pleasure in the things it has renounced that could ever be enjoyed by the sinner who clings to those same things as desperately as if they were his God.”

So the good news for football and sports fans, like me, is that it can still serve to nourish us in wonderful ways. However, it must not be heralded as the source and summit of our week. At that point we’ve begun to worship as opposed to enjoy it. It then becomes an unsatisfying attempt to fill a void—something to render our lives meaningful, or in some cases, keep us distracted from our otherwise unhappy and listless way of living. The result, inevitably, will be a greater sense of ennui and boredom. Our source for meaning and identity must be God—a life offered to him and others in love. If that conviction rests at the heart of who we are, then we’ll be able to order the role of sports—and all entertainment and pleasure—properly in our lives.

So yes, thank God for Sundays. And also for football.

Chris Hazell is the founder of The Call Collective. He holds bachelors’ degrees in English and Economics from UCLA and currently works as a Lead Content Strategist for Point Loma Nazarene University.