Sometime over the coming month, about this time every year, I will make time to watch the movie The Exorcist; I bet your eyebrows have risen at this point in reading this. The movie is based on the book written by William Peter Blatty that focuses on a twelve year-old girl who is possessed by a demon and the investigation that ultimately leads to two Jesuit priests performing a major exorcism for her deliverance. I read the book when I was in seminary at Mundelein in 1998 for the 25th anniversary of the movie’s release; the book spooked me far more than the movie ever did and I remember not sleeping well for a few nights. 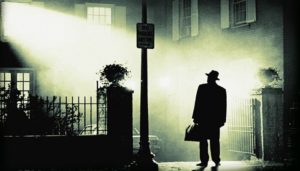 The book itself was inspired by actual events concerning a Lutheran boy in Silver Spring, Maryland whose family turned to the Catholic Church for help. The quest for help eventually took them to the Jesuits in St. Louis, Missouri where the boy was delivered from the power of demonic forces after a major exorcism in 1949. In the story The Exorcist there is a break in the ritual being performed by the two Jesuit priests. During this break, the younger priest, who is having a crisis of faith, asks the older priest why a twelve-year old girl; the older priest responds “to make us despair.”

In the Book of Genesis we see that it is the devil who tempts us to turn inward on ourselves and away from God, which is ultimately the definition of sin; to the present day, we are tempted to serve ourselves, our wants, our desires, to be the ultimate end in ourselves.

Let’s be clear: the devil does not make any of us sin; we make the choice ourselves even though the devil may give the invitation. Why? Sin separates us from God directly or indirectly.

Sin directly separates us from God when a sin is ours, when it is the result of our own action or inaction, the result of our own choices. Sin can also indirectly separate us from God when it is the sin of someone else and we are moved to despair. I am afraid that this indirect phenomenon is more pronounced than ever right now, especially in the Church. We see evil committed by another, and some run into the danger of losing hope and falling into despair, which then can ultimately lead us to despairing of the goodness and love of God. 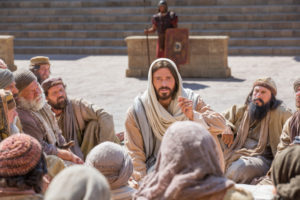 The Lord gives us strong words in this Sunday’s Gospel reading from Mark: if your hand, foot, or eye are going to keep you from entering into heaven, then get rid of them. The Lord Jesus is telling us that there is nothing in this life be it material things, relationships, pleasures, behaviors, whatever that are worth risking the gift and the promise of eternal life with God in heaven. We are also warned sternly to be on guard that we do not lead anyone else into sin, because the punishment for that will be severe.

Our sins separate us from God and can also work to separate others from him as well. We must be on guard to seek the good, to seek the things of heaven, to seek God in all that we do. Personal sin can lead us to despair in that we can fall into the trap of believing that we are unforgivable. Sins can lead us and other people to despair by questioning why God would let such things happen. As disciples, we are called to never lose hope; hope in the power of God’s mercy and forgiveness in our own lives and in the lives of others; hope that the grace of God can effect true change in our lives through conversion; hope in the fact that God is alive and at work in the world and that his sacred act of our redemption is on-going. 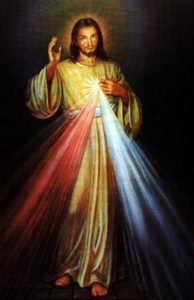 When faced with the power of sin, when tempted to lose hope because of evil in the world, let us always remember the words emblazoned under our Lord in the image of Divine Mercy: Jesus, I trust in you.