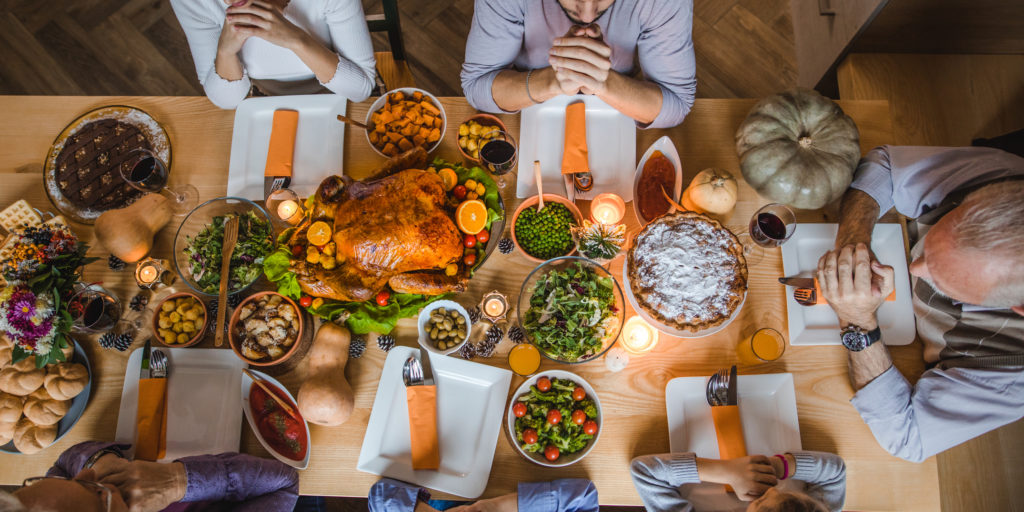 No matter what Thursday the holiday is celebrated on, what is important is the reason why the day is celebrated. This is the one federal holiday that is designated as a day of offering thanks to God for the gifts and blessings that he has bestowed on the nation. While many of us will gather with family and friends to give thanks in the afternoon or evening, I invite you to first come to Mass at the Cathedral at 9:00AM, as there is no better way to celebrate Thanksgiving Day than with thanksgiving at Mass. The word Eucharist in Greek means “thanksgiving.” Every time we gather for the Mass, we are gathering to offer thanksgiving to God for his goodness, his mercy, and his love.

Long before the pilgrims at Plymouth gathered for the “first” Thanksgiving, thanksgiving had already been offered on these American shores in the Mass, but no one can be exactly sure when that happened. If you ask the Irish they will tell you it was by St. Brendan all the way back around the year 512 (one of the windows on the south side of the Cathedral commemorates this tradition). We know that Mass was offered on Epiphany on the island of Hispaniola as a part of Columbus’s second voyage in 1494. Finally, most likely by 1498, Henry Cabot’s expedition was exploring Newfoundland and Augustinian friars were among those in his party so Mass was most likely offered on the continent by then.

It is important for our lives to be marked by thanksgiving. Thanksgiving must be a way of life for the Christian, not simply a day on the calendar. Acknowledging that God is the giver of all good gifts, and that our talents and resourcefulness emanate from him, keeps us humble and open to receiving the continued graces that he wants to bestow on us. On behalf of Bishop Paprocki, Father Stock, Father Friedel, Deacon Smith, Deacon Keen, and all of the Cathedral Parish staff, I wish you and yours a blessed and happy Thanksgiving. God bless you!