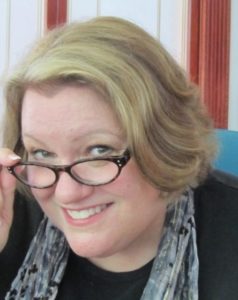 Thanksgiving is upon us and then we fall very quickly into all of the busyness of the Christmas season. Since Advent begins on December 2, this is a very good week to prayerfully consider what sort of Advent reading will best feed our spirits and help us—amid all the tight schedules—to remain connected to this season of expectation, discovery, and enduring, mysterious love. Particularly at a time when the world feels volatile and dark, we need Advent’s promise of an ever-burning Light, and to stay in touch with it.

With that in mind, here are some suggestions for Advent reading, offered by members of the Word on Fire team.

Jesus of Nazareth: The Infancy Narratives by Pope Benedict XVI. Published in 2012, Benedict’s focus on Jesus’ birth and what the Gospel tells us about childhood and Mary and Joseph makes for compelling and instructive reading:

Jesus’ origin, his provenance, is the true “beginning”—the primordial source from which all things come, the “light” that makes the world into the cosmos. He comes from God. He is God. This “beginning” that has come to us opens up—as a beginning— a new manner of human existence. “For to all who received him, who believed in his name, he gave power to become children of God; who were born, not of blood nor of the will of the flesh nor of the will of man, but of God” (Jn 1:12f).

The Life of Christ and The World’s First Love: Mary, Mother of God, both by Archbishop Fulton J. Sheen are twin Advent suggestions that show this great evangelist—who reminds us that “If Christmas were just the birthday of a great teacher, like Socrates or Buddha, it would never have split time into two, so that all history before the advent of Christ is called B.C. and all history after, A.D.”—at his teaching best.

“Love burdens itself with the wants and woes and losses and even the wrongs of others,” Sheen says in the Life of Christ. And then, of The World’s First Love, he writes: “The mystery of the Incarnation is very simply that of God’s asking a woman freely to give Him a human nature.”

Good heavens, just two lines and there’s a week’s worth of Advent lectio!

Watch for the Light: Readings for Advent and Christmas, by Dietrich Bonhoeffer, T.S. Eliot, Edith Stein, Alfred Delp, S.J., Thomas Merton, Madeleine L’Engle, Gerard Manley Hopkins, Kathleen Norris, Philip Yancey, and many others. A tremendous anthology of inspiring, illuminating Advent and Christmas meditations delivered through prose and poems. Some readings are suitably brief and others a bit lengthier—Alfred Delp’s reading is thirteen pages long and worth every line!

The Story of Holly and Ivy, by Rumer Godden, Artwork by Barbara Cooney. One to read aloud with the kids over the course of a few evenings, it is a suspense builder. An orphan named Ivy dreams of having a real home and sets out in search of the grandmother she thinks she can find. Meanwhile, Holly, a doll, wishes for a child to bring her to life. And then there is the Jones family. It’s a delightful read. Older children might enjoy reading The Kitchen Madonna in Advent, as well.

The Life of Mary, as Seen by the Mystics, by Raphael Brown. Completely in line with the Gospel narratives, this book nevertheless reads like a novel as it relates what various recognized mystics have seen and heard from Mary and her holy and altogether unique standing within humanity.

To Know Christ Jesus, by Frank Sheed. “When someone tells me they want to ‘deepen their personal relationship with Jesus,’ this is the book I give them,” says our team member. “From a devotional standpoint, this is simply the best life of Christ I’ve read. Sheed writes about Jesus with remarkable clarity, charm, and enchantment.” An intensely personal look at Jesus Christ, and very suitable for Advent.

The Everlasting Man, by G.K. Chesterton. Recommended by two separate members of the Word on Fire crew, one of whom specifically recommends reading the first chapter of the second part, entitled “The God in the Cave.” Coming in at less than twenty pages, it explores “the joyful paradox of the birth of Christ, a paradox that turned the whole cosmos inside out and made humanity’s good dreams come true.”

If you’re afraid reading something so ancient may be too daunting, this recommendation comes with two further suggestions. The first: a bit of “Do not be afraid” bit of encouragement. “Many Christians hesitate to read the Church Fathers because they’re afraid they’ll be smothered with dusty complexity. But that’s not Athanasius. His writing is deep and ancient but also clear and accessible. Even sixteen centuries later, it’s still lucid and remains the most important book on the Incarnation.”

Secondly, we are urged to, if possible, try to get our hands on an edition that includes an introduction by C.S. Lewis, who also encourages the reader to put away all fear of such a classic.

Finally, because sometimes it’s nice to be quiet and let the subconscious mind work on what we’ve read while we are otherwised engaged, Daniel Mitsui’s The Mysteries of the Rosary: An Adult Coloring Book might be just the thing for those evenings when the wind is howling, and a little quiet is all we really want or need.

Elizabeth Scalia is a Benedictine Oblate. Her work can be found on the Word on Fire Blog and is used with permission.