As we celebrate the Third Sunday of Advent, we encounter a twice-unique liturgical reality: the use of the color rose. Now, you may be saying: “Father, its pink;” well, it may be pink anywhere else in the world but at Mass on the Third Sunday of Advent and on the Fourth Sunday of Lent, it’s rose! Liturgically, rose is the color of subdued joy and its optional use, an option that we make use of at the Cathedral, is meant to highlight that we are over half-way through our Advent journey.

The Third Sunday of Advent is traditionally called “Gaudete Sunday,” literally “Be Joyful Sunday.” What do we mean by joy? There is an important distinction to make between joy and happiness. Happiness is a mood and moods, like Mid-West weather, can change from one moment to the next. Joy is not a mood but rather it is a state of being and states of being and moods can both exist together. Of course joy and happiness go together, but joy can also exist in grief and sorrow, in the face of adversity, and with any other mood or circumstance.

I am currently reading a biography about Pope St. John Paul II called Witness to Hope, written by George Weigel just before the year 2000. The life of our late Holy Father is a prime example of a life lived in joy. As a citizen, priest, and bishop of Poland, and then as the Bishop of Rome, Pope St. John Paul II faced great adversity and hardship throughout his life, but he did so with a joyful spirit. Why and how? Because the grace of God was central to his life, because his hope and trust were in God’s promises, both for this life and for the life to come. 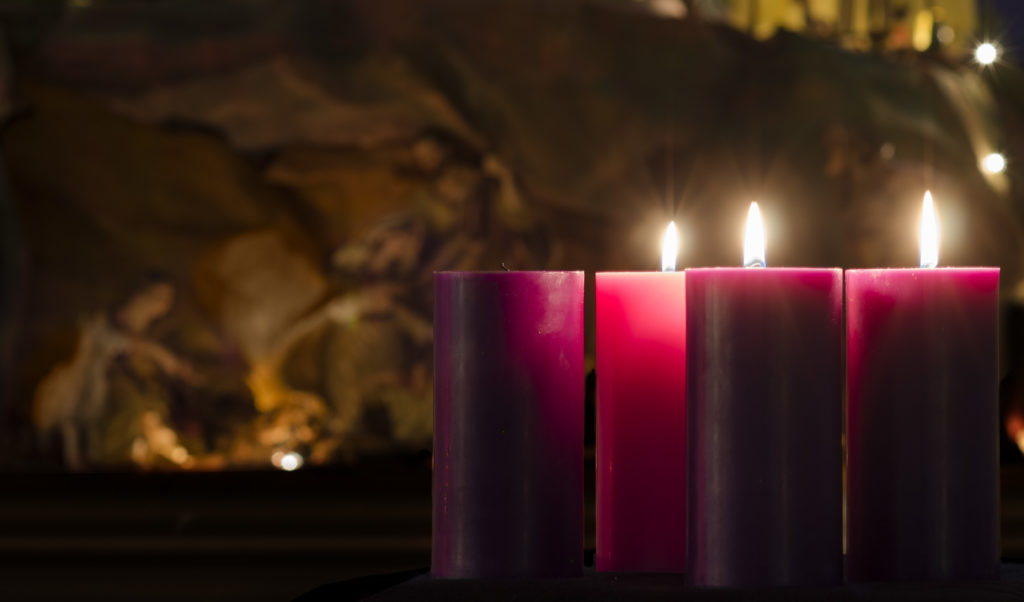 On this Third Sunday of Advent, we are invited, commanded actually (Gaudete is in the imperative form) to be joyful and there are three main reasons for that. First, as previously stated, we are nearing the end of our Advent journey, which will give way to the joy of Christmas. Second, we can be confident in our Lord’s promise to return in glory. His return will be the total establishment of his kingdom and the final destruction of the reign of sin and death. Third, the Lord is already present. There is an old Latin saying that says vocatus atque non vocatus Deus aderit, meaning “called or not called God is present.” The Lord is always in our midst. Sinners though we are, the Lord is never far, he never forsakes us, and that is reason enough to be joyful today and everyday.

We are a people in progress. God is not finished with us. We face challenges and adversity and life does not always go the way we want it to, but we have the love of God and the Lord reminds us that his grace is sufficient and that the fullness of his glory has yet to be revealed. So be joyful, always!