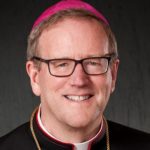 One of the commonest observations made by opponents of religion is that we don’t need God in order to have a coherent and integral morality. Atheists and agnostics are extremely sensitive to the charge that the rejection of God will conduce automatically to moral chaos. Consequently, they argue that a robust sense of ethics can be grounded in the consensus of the human community over time or in the intuitions and sensibilities of decent people, etc.

What I would like to do is lay out, in very brief compass, the Catholic understanding of the relationship between morality and the existence of God and to show, thereby, why it is indispensably important for a society that wishes to maintain its moral integrity to maintain, at the same time, a vibrant belief in God. 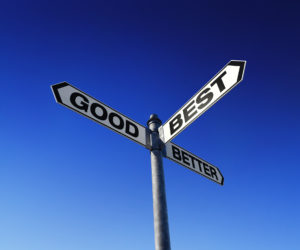 Why do we do the things that we do? What motivates us ethically? Right now , I a m typing words on my keyboard. Why am I doing that? Well, I want to finish my weekly column. Why do I want to do that? I want to communicate the truth as I see it to an audience who might benefit from it. Why would I want that? Well, I’m convinced that the truth is good in itself. Do you see what we’ve uncovered by this simple exercise? By searching out the motivation for the act of typing words, we have come to a basic or fundamental good, a value that is worthwhile for its own sake. My acts of typing, writing, and communicating are subordinate, finally, to the intrinsic value of the truth. Take another example. Just before composing that last sentence, I took a swig of water from a plastic bottle on my desk. Why did I do that? Well, I was thirsty and wanted to slake my thirst. But why did I want to do that? Hydrating my system is healthy. Why is health important? Because it sustains my life. Why is life worth pursuing? Well, because life is good in itself. Once more, this analysis of desire has revealed a basic or irreducible good. Catholic moral philosophy recognizes, besides truth and life, other basic values, including friendship, justice, and beauty, and it sees them as the structuring elements of the moral life.

When Pope Benedict XVI complained about a “dictatorship of relativism” and when Catholic philosophers worry over the triumph of the subjective in our culture, they are expressing their concerns that these irreducible values have been forgotten or occluded. In her great meditations on the sovereignty of the good, the Irish philosopher Iris Murdoch strenuously insists that the authentic good legitimately imposes itself on the human will and is not a creation of that will. At the limit, contemporary subjectivism apotheosizes the will so that it becomes the source of value, but this puffing up of our freedom is actually ruinous, for it prevents the appropriation of the objective values that will truly benefit us.

This “basic goods” theory also grounds the keen Catholic sense that there are certain acts which are intrinsically evil, that is, wrong no matter the circumstances of the act or the motivations of the agent. Slavery, the sexual abuse of children, adultery, racism, murder, etc. are intrinsically evil precisely because they involve direct attacks on basic goods. The moment we unmoor a moral system from these objective values, no act can be designated as intrinsically evil and from that state of affairs moral chaos follows.

So far we have determined the objectivity of the ethical enterprise, but how does God figure into the system? Couldn’t an honest secularist hold to objective moral goods but not hold to God’s existence? Let’s return to our analysis of the will in action. As we saw, the will is motivated, even in its simplest moves, by some sense, perhaps inchoate, of a moral value: truth, life, beauty, justice, etc. But having achieved some worldly good—say of writing this column, or slaking a thirst, or educating a child— the will is only incompletely satisfied. In point of fact, the achievement of some finite good tends to spur the will to want more of that good. Every scientist or philosopher knows that the answering of one question tends to open a hundred new ones; every social activist knows that righting one wrong awakens a desire to right a hundred more. Indeed, no achievement of truth, justice, life, or beauty in this world can satisfy the will, for the will is ordered to each of those goods in its properly unconditioned form. As Bernard Lonergan said, “the mind wants to know everything about everything.” And as St. Augustine said, “Lord, you have made us for yourself; therefore our heart is restless until it rests in thee.” You’ve noticed that I’ve slipped God somewhat slyly into the discussion! But I haven’t done so illegitimately, for in the Catholic philosophical tradition, “God” is the name that we give to absolute or unconditioned goodness, justice, truth, and life.

Now we can see the relationship between God and the basic goods that ground the moral life: the latter are reflections of and participations in the former. As C.S. Lewis points out in Mere Christianity, the moral absolutes are, therefore, signposts of God. And this is precisely why the negation of God leads by a short route to the negation of moral absolutes and finally to a crass subjectivism. Removing God is tantamount to removing the ground for the basic goods, and once the basic goods have been eliminated, all that is left is the self-legislating and self-creating will. Thus, we should be wary indeed when atheists and agnostics blithely suggest that morality can endure apart from God. Much truer is Dostoyevsky’s observation that once God is removed, anything is permissible.

Bishop Robert Barron is the founder of Word on Fire Catholic Ministries and Auxiliary Bishop of the Archdiocese of Los Angeles.