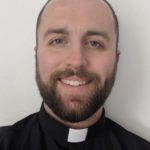 So much has happened in our country lately that has been quite disorienting. Notably, New York legislated the country’s most aggressive abortion bill that viciously attacks the unborn. Internet assumptions, uncharity, and scapegoating characterized the incident between the Covington Catholic teens and Nathan Phillips. The government continues to show its disunity as it remains obstinately divided over many issues, including immigration and the southern border. And in the Church, the Pennsylvania Grand Jury Report and McCarrick scandals have shed and reshed light on some dark corners within the Church. Much has been disorienting. 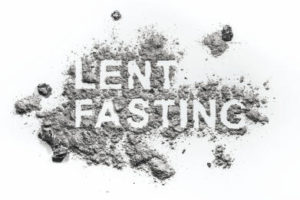 For three months, two of my classmates and myself gave up alcohol, prayed a daily Divine Mercy chaplet, intentionally set aside time in our busy schedules to reflect on and share about our weekly joys and struggles, and fasted (two small meals, one regular meal) on Wednesdays and Fridays. Honestly, this was an idea that I was not super thrilled about at first, but then warmed to the idea after my classmates persuaded me.

I don’t share my practices to boast, but rather to hopefully convey some of the fruits of this time of prayer and penance. This article and its follow-up are going to be an attempt to help show the deep significance of fasting in the Christian life. The first parts will focus on how fasting helps to change us, while the second will work to show how it helps to change our world.

All of our efforts were meant to combat the specific evils, I believe, that are at the core of the Evil One’s continued assault upon the Church: the prideful desire for power and pleasure, the desire to isolate and the lack of transparency, and the absence of prayer and the lack of belief in its power. Everything diabolical, everything that causes division and confusion, comes from the Evil One.
Around the same time we started the fast, a priest friend explained to me that he shared with one of his parishioners that he too was entering into a time of fasting and penance for the Church. The parishioner’s reaction was as follows: “Fasting…what’s that going to do? What is that going to help with?”

I fear there exists a major misunderstanding about what the Church believes about the purpose of fasting. Fasting is not just a way that we Christians deprive ourselves good things in order to needlessly suffer. God created the world with inherent goodness and does not want his creation to suffer needlessly. While fasting can certainly be personally challenging, that does not make it a bad thing.

Surely, we know this by how willing we are to sacrifice and expend ourselves during hours of sport conditionings and practices. We know too how any dieting—Paleo and Keto most recently—takes a good amount of sacrifice and discipline in order to have and maintain a healthy body. It’s not that we don’t value discipline and sacrifice; we just don’t think our faith should lead us to do so. We’re tempted to believe that faith should only focus on positive, unchallenging feelings.

In truth, fasting is a practice of reorienting ourselves back to God, who is our ultimate happiness, when we have come to focus more on the world for our happiness. God created us not just to exist, but to live well, to live a life of virtue and holiness focused on him. This reorientation, this real transformation within us, can manifest on multiple levels and in different forms—physically, psychologically, and spiritually.

Without being a purely religiously beneficial endeavor, even the secular medical world has lately come to recognize and point to the value of fasting. Dozens of online articles can be found that advocate for fasting as a way to reorient the body to a place of adequate natural health. Personally, over the three-month fast, in sync with a slight increase of exercise, I lost almost fifteen pounds! The fast allowed me to cut unnecessary weight and I felt better because of it. Plus, for as much as I love a good craft beer and a good bourbon, detoxing from alcohol really left me with a clearer, more creative mind.

Yet the reorientation did not just play out physically. Psychologically, I could tell that, over the months, my cravings in general (food, entertainment, distractions) had greatly receded. At the end of the fast, my portion sizes were much smaller and I actually desired to have less. It is known that it takes about thirty days to break any habit and begin to form a new one. Imagine what three months—not even a quarter of a year—was able to accomplish. I did not so much feel like I was so much a slave of my passions. I felt reoriented. 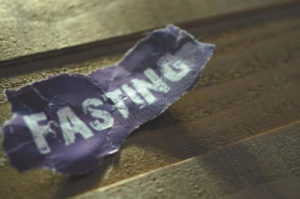 Spiritually, fasting opens up the relationship between us and God as we begin to acknowledge him more as our continual provider. As we fast, consuming less, we actually become more thankful for what we have in front of us. This humility and thankfulness are at the core of a Christian spirituality. Throughout the fast I certainly noticed my attentiveness to the presence of God noticeably increase. I felt like God and I were much more in sync than we were before. More will be said in the second part of this reflection on the spiritual repercussions of fasting as it functions as an avenue for intercessory prayer.

As the Church approaches the Lenten season, it is the perfect time to reevaluate the practice and significance of fasting in our life. One increasingly popular program, especially amongst young Catholic men, is Exodus 90. The fast that my classmates and I entered into was loosely based on this program. Exodus 90 is not a comfortable addition to your spiritual life; it is a complete overhaul. It is a true exodus from all of the things in our life that distract us from what truly brings us peace and happiness. Importantly, this intense fast is never done alone, but always in community—the ideal for Christian living.

It may seem unreasonable to most people to do this program; it’s an overhaul of our spiritual, psychological, and physical lives. Yet sometimes drastic situations call for us to take drastic, heroic measures. As reflected on at the beginning of this piece, our world is full of disorientingly unreasonable people and situations. Maybe God in calling us to do something seemingly unreasonable in order for us to return to him.

I think fasting is an unreasonable and apparently nonsensical, yet wise practice that we Christians need to recover. Truly, fasting is a gift given to us, and it is up to us to embrace this gift for the good of the Church.

Deacon David Stavarz is a transitional deacon for the Diocese of Cleveland. He is a graduate of Borromeo College Seminary and is currently finishing his formation at St. Mary Graduate Seminary, in Cleveland, Ohio. David has a profound a love for music – especially on guitar or vinyl; he loves enjoying God’s creation through snowboarding, running, cycling, and backpacking; and he loves a conversation with a good friend and good cigar. Dc. David hopes to be a priest of the diocese in May of 2019.