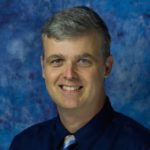 On Friday, a seminarian I know texted me a photo of a page from Ven. Archbishop Fulton Sheen’s A Priest Is Not His Own, and said beneath it, “I thought you’d like that.”

Sheen was describing to priests, as celebrants of the Mass, the meaning of the Offertory. The offering of gifts of bread, wine, and alms—“my sacrifice and yours.” How eloquently he expressed the mystery of a ritual action that is reduced, in most people’s minds, to fishing for money or dropping envelopes in the basket. Or maybe checking the watch to where we stand at halftime.

Do the faithful have any idea what they are really transacting in? Are saying “Amen” to? Giving over? Such ignorance profoundly weakens the Offering’s potential effect to change lives and transform the world. Literally. Annie Dillard captured my sentiments in a passage I seem to quote every other week:

Does any-one have the foggiest idea what sort of power we so blithely invoke? Or, as I suspect, does no one believe a word of it? The churches are children playing on the floor with their chemistry sets, mixing up a batch of TNT to kill a Sunday morning. It is madness to wear ladies’ straw hats and velvet hats to church; we should all be wearing crash helmets. Ushers should issue life preservers and signal flares; they should lash us to our pews. For the sleeping god may wake some day and take offense, or the waking god may draw us out to where we can never return.

It’s why I get concerned when I see programs or schemes that over-focus on what people should “get out of Mass” by reducing Massconsumption to emotional satisfaction or learning outcomes. By doing this, we strip liturgy of its vast, mysterious, transcendent, and terrifying power. The late Fr. Aidan Kavanagh makes this point: “Although the liturgy does indeed ‘teach,’ it teaches as any other ritual does—experientially, non-discursively, richly, ambiguously, and elementally. Liturgy, like the feast, exists not to educate but to seduce people into participating in common activity of the highest order, where one is freed to learn things which cannot be taught.”

Okay, so here’s a nutty stream-of-consciousness scenario that runs through my head as I write:

Jerry: “Hey, what did you get out of Mass today, Tom?” Tom: “Oh, well, hmm, let me think. Well, you know when they pass the collection plate around and then bring the gifts up?”

Jerry: “Sure, what about it? Did you realize you had an empty wallet when the basket came by?”

Tom: “Ha! No, well, it was a little different. I found myself handing over to God’s uncreated Fire my body and soul; all of my prayers, works, joys, and sufferings; my livelihood; my sins and failings; my marriage and family and friends, even strangers and enemies; the living and the dead; angels and demons; all of time and space. I mean, the whole freakin’ universe! But that was a little scary, because I realized I was giving absolutely everything back, handing it all over completely to God’s control and will. It was like saying, ‘Okay, it’s all yours now. All of it. Dispose of it wholly according to your will.’ I was unsettled at what I was agreeing to.

Tom: “Yeah, well, and after I did all of that . . . oh, wait, I forgot. As I handed all this over, it all somehow got tangled up with everyone-from-everywhere else’s ‘stuff.’ I was like, ‘Wait, that’s my stuff, not theirs!’ But he wouldn’t listen.”

“Okay, so then all that stuff got loaded onto the altar, and then got totally wrecked into the bread and wine we’d brought up, by those words, ‘This is my . . . given up.’ Those are hard words to hear, but it was too late. Then the eternal Spirit fell down on all of it, like free-falling Fire, and burned it up into the Heart of the risen Body of Jesus. It was all like a raging furnace coming out of the now-ruined Bread and Wine. I could hardly breathe.

“Then Jesus, Master Craftsman that he is, started building, out of all of our tangled-up burning stuff, a whole new section of the new creation. Which, I heard said, never ever passes away. And it was amazing; he built it up in a way I never would have imagined doing. Incredibly beautiful, but very strangely new. Everything.

“Okay, then Jesus, after building all this at his altar on high, carried this whole new world he’d made back down toward us, borne on the music of the fiery Spirit. Then he, somehow in that ruined Bread and Wine, came wildly running over toward us out of the sanctuary. But here’s the wildest thing of all. He totally ruined me by commanding me: ‘Eat, drink.’ Eat, drink fire? Unworthy me? Terrifying! But he gave me courage. And now, my God . . . I have eternal life.

“I was undone. Speechless. Unable to move. It was all superintense, more Real than reality. And then I was totally overwhelmed with a gratitude I’ve never felt before. Ever before.

Tom: “Oh no! There’s so much more. But that’s what comes to mind. Oh no, wait, I forgot! The priest said something at the end, like ‘Go! Be sent!’ But when I looked up at him, he wasn’t there, only Christ, but terrifying in Majesty. He was commanding me: ‘Go! But this time, to ruin our ruined world,’ just like I’d seen done at Mass. And then he said, ‘Bring those ruined ruins back to me, to do this all again next week.’

Oh man, I ran! I’ve been running ever since. I just can’t stop. It’s why I’m totally out of breath now and stammering . . .”

Dr. Tom Neal presently serves as Academic Dean and Professor of Spiritual Theology at Notre Dame Seminary in New Orleans, Louisiana. He has worked for twenty years in adult catechesis, retreat ministry and teaching theology in various contexts trying to make present for others the “Word made fresh.” Tom received a Masters in Systematic Theology from Mount St. Mary’s University and a PhD in Religion at Florida State University.