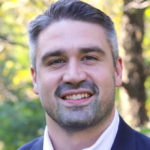 July 4th is for many a day of fireworks, cold beer, and barbeque. As a national holiday, we remember the founding of our nation in a revolution against tyranny. Most often we impose a surface level meaning of authentic independence. Just because we are allowed to vote and our voice still matters in the voice of this country does not mean that we are free. True, authentic freedom is a matter of heart and soul. Physical sovereignty can always be taken away; however, the conscience is governed by a higher power and thus, even though the body be chained, the interiority of a person can still remain free.

As the Reverend Jacques Philippe wrote in his phenomenal work Interior Freedom, “To achieve true interior freedom we must train ourselves to accept, peacefully and willingly, plenty of things that seem to contradict our freedom. This means consenting to our personal limitations, our weaknesses, our powerlessness, this or that situation that life imposes on us, and so on…the situations that really make us grow are precisely those that we do not control.” While many might pledge that freedom is the absence of external coercion, proper independence is a matter of the soul. No matter who or what entity might try to enforce its own beliefs and principles, the soul cannot be forced to do something it doesn’t want to do, unless the individual consents. This is the real axiom as to why the Church upholds its tradition of honoring the saints: men and women who had so much gall that, no matter the overwhelming falsehoods, they stayed strong in the face of hardship. This is why I find it very interesting that July 4th is shared with one of the most influential young men of the twentieth century. Blessed Pier Giorgio Frassati, the man of the beatitudes, was a model of interior freedom and the power of grace in the life of a man willing to surrender what was God’s.

Pier Giorgio lived his life by a code, an interior decision that in all matters of life, his soul belongs to his Creator. He joined many political causes as he was vehemently anti-fascist and did not fear the backlash of standing strong in his views. There are manyt stories which prove this man’s lionhearted struggle to do what must be done, and see that the Church’s morality not only survive, but thrive within a culture. One such tale occurred while Pier Giorgio was partaking in a protest in Rome; Frassati weathered police violence and rallied the other young people by grabbing the banner, which the police had knocked out of someone else’s hands. He waved the flag with pride and an interior anger of what humanity was resolving to do to one another. During the protest, he even used the pole to defend himself against the blows of the police officers. When several of his fellow activists were arrested by the police, he refused special treatment that he might have received because of his father’s political position, preferring to stay with his friends.

Another story revolves around a personal attack from the fascist regime. One night, a group of fascist soldiers broke into his family’s home, throwing valuables on the floor and ransacking the place. As the soldiers began to try physically assaulting Pier Giorgio and his father, Pier Giorgio rose to his father’s defense and chased their attackers down the street. Even though he could very well have lost his life, Pier Giorgio understood that Truth was more important than himself.

Pier Giorgio lived out Philippe’s philosophy that “we must be ready to do in an instant just what we hadn’t expected, to live in total self-abandonment, with no other concern than to do God’s will and being fully available to people and events.” Habitually, we fall into a sore concept of selfabandonment. It seems opposite to human reason to believe that freedom is less about what we can do as opposed to what we ought to do. However, when we acknowledge a higher power, a loving and all-knowing God who only wants what’s best for us, the relinquishing of our wills to the will of God is not an enemy of freedom; it is instead a shield of sovereignty.

There are two types of interior slavery: the chains and pains of sin or the will of God. One is a slavery in which your will is in danger of being circumscribed; the other is where your will is given the necessary grace to act in accord with what is good and believe what is true. Pier Giorgio’s witness testifies that while the world might smack you around, your soul is a living dynamism that, when infused with the freedom of the love of God in Christ, no one can hold back. I believe Pier Giorgio sums up the feeling of true freedom when he said, “Our life, in order to be Christian, has to be a continual renunciation, a continual sacrifice. But this is not difficult, if one thinks what these few years passed in suffering are, compared with eternal happiness where joy will have no measure or end, and where we shall have unimaginable peace.”

Jared is a Catholic author, speaker, blogger, husband and father of 6 and the Director of the Word on Fire Institute. He also holds a Master’s Degree in Theology from Holy Apostles College and Seminary.