The love of God wasn’t proven when God created the world in Genesis 1. That happened about a thousand chapters later. “He proved his love by dying for us.” (See Romans 5:8).

The same is true for us. Love is easy until it’s tested. When it requires sacrifice, it’s proven.

Authentic love demands that we speak the truth even at the risk of being crucified for it, because love doesn’t stand by silently as people fall into the darkness of sin. It calls us to open our hearts to those who disagree with how we see the world, even at the risk of being hurt by them. Love pushes us out of our comfort zones into places we’d rather not go to serve the poor. Love demands that we stop asking “how can my wife/parent/sibling be better” and start asking “how can I make my wife/parent/sibling the happiest in the world? Love demands death to self.

It’s enjoyable to love when it’s easy! Jesus said it himself. “If you love those who love you, what reward will you get? Are not even the tax collectors and sinners doing that?” Think about it: even Hitler was probably all smiles when he was playing golf with his closest friends! But God “causes his sun to rise on the evil and the good, and sends rain on the righteous and the unrighteous.” Every. Single. Day. That’s how we’re called to love. The early Christians didn’t convert the world by words alone, but by their love in the face of pain.

The early Christians had it far worse than us. On any given Sunday one could go to the Roman Coliseum and see fellow believers being eaten by lions to the loud cheers of their neighbors. Worship and catechesis took place in secret.

They had good reasons to be angry! Very angry. They had every right to flee the world. But they didn’t. They spoke truth to power. They fought for their rightful place in society. They spoke out. St. Paul was as crafty as a lawyer when he was on trial. Christians engaged all levels of society from standing up for the dignity of the poor to St. Sebastian’s legendary face-to-face confrontation with the emperor, for which he was pierced with arrows. They didn’t budge an inch when it came to the evils of their day. Countless Christians faced death rather then offering a single pinch of incense as worship to the emperor.

But more than resisting the powers that be, they resisted the enemy within. They resisted the natural tendency to categorize the world as “us” verses “them.” For the saints, the only “us” was humankind, the only “them” was the devil and his legions. They weren’t like other prisoners when they were executed. They didn’t curse at those who tortured them. They forgave. The early Christians were able to engage the world as much with their love as with the truth. That’s why Christendom was born within 300 years of Christ’s death.

If they hadn’t followed the example of Jesus, who could dine with sinners and forgive his murderers, Christianity would’ve ended in the Coliseum as soon as the last Catholic was eaten for lunch.

“I say to you, love your enemies.”

Spend a minute reflecting on who it’s most difficult for you to love, and make a choice to do something concrete and generous for that person. And if it’s someone you can’t be in contact with for some reason, try a simple prayer, even if it’s through gritting teeth, “Lord Jesus, I ask you to bless (insert the person who hurt you most) in every way! Most of all with saving grace and the discovery of YOU.” Pray that daily until you mean it.

If you love like that, not only will you change the world, you’ll change. 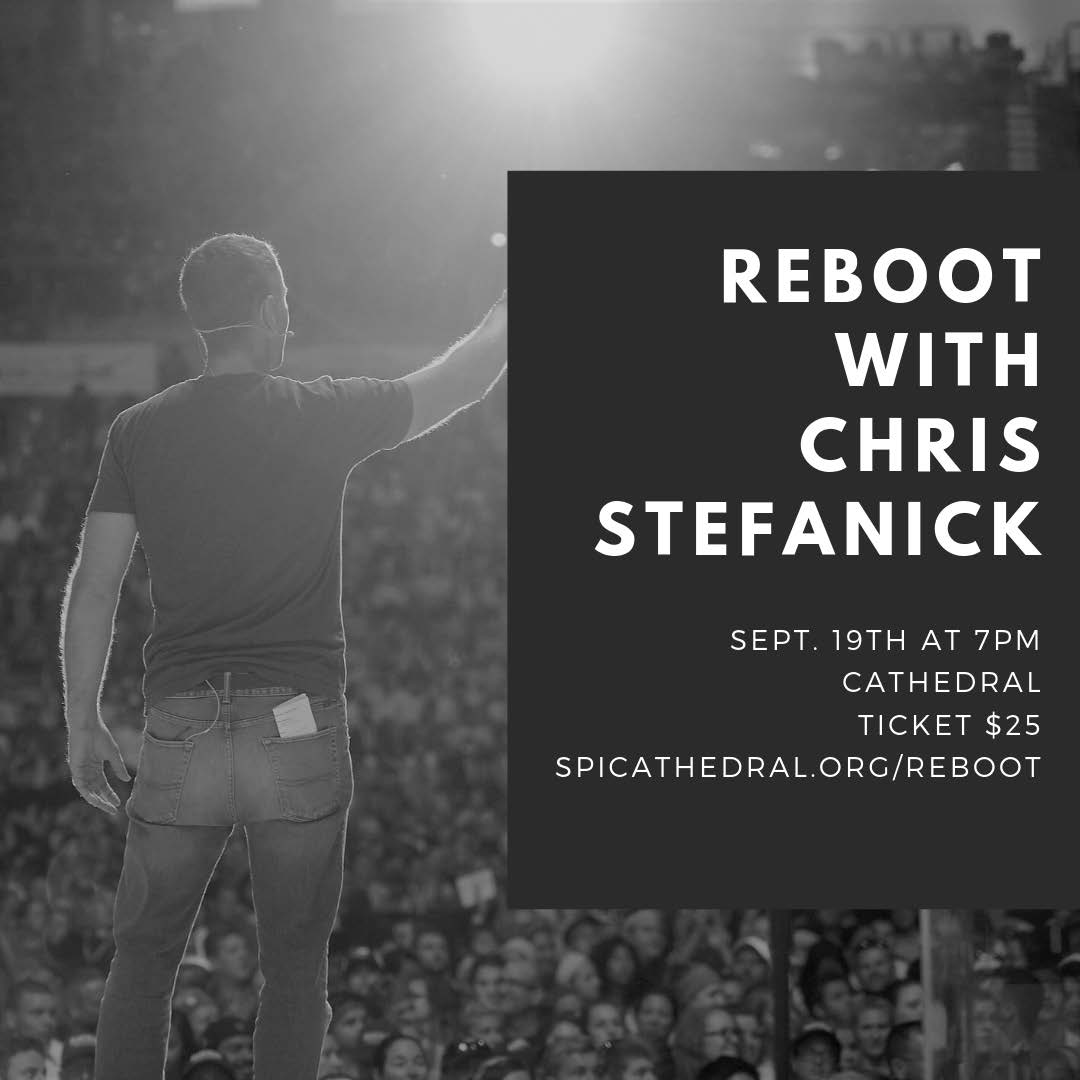 Archbishop Charles Chaput has called Chris Stefanick “one of the most engaging young defenders of the Christian faith on the scene today.” Chris speaks to over 50,000 teens, young adults, and parents every year. His website can be found at RealLifeCatholic.com. Chris Stefanick will be presenting REBOOT at the Cathedral on Sept. 19th at 7PM. All are welcome! Grab your tickets ($25) today! Each tickets includes a night of transformation with Chris, books, resources, and so much more! This blog piece originally appeared here: http://www.ncregister.com/blog/cstefanick/love-is-easy-until-its-tested