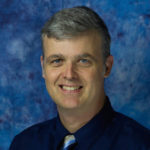 We Americans live in a culture that has largely lost its shared social scripts and rituals for grieving. How does one grieve loss, failure or tragedy? For how long? How do we move on? How do others respond rightly to those who grieve? With whom should we share our grief? Do we mourn with our clothing? Do we weep and wail aloud in public or in private? Do we share our pain or remain silent? How do we pray in the midst of grief? When do we pray? How should we eat? And how does faith shape the way we grieve?

Grief is how we bury our dead—the injustices and injuries, losses, failures, and tragedies we undergo in life. Grief allows us to heal, surrender, forgive, and move on into new freedom with reverence.

In the face of my parents’ death over the last two years, I have given much thought to this. I have one simple observation. I and my family were overwhelmed by the outpouring of love, support, care, prayer, and compassion shown to us. Cards, texts, emails, gifts, flowers, prayers promised, countless Masses offered, meals brought, memorial donations to charities, sincere words of condolence. One friend had a magnificent chalice made, inscribed with my mom’s name, and donated it as alms to a poor diocese so that my mom would be perpetually remembered in the offering of the Sacrifice.

Absolutely overwhelming. How can one possibly begin to offer gratitude sufficient to repay these acts of kindness? “Pay it forward,” as one friend suggested. Lovely, right, and just.

The beauty and power of all these gifts notwithstanding, what I found most powerful personally was the sacred space afforded me by two people I know. Each offered me a guarded sanctuary within which I could grieve.

One of them, while my mom was dying, asked me, “How are you?” I knew he meant he really wanted to know, and was prepared for whatever would come out. So I told him. He just listened as I dissolved in front of him. He didn’t attempt to mute my pain with pious words of comfort or counsel; neither did he say he knew what I was going through by telling me of his own tale of loss. He simply listened, revering the infinite power of silence. At the end he said, “I’m so sorry.” And embraced me. We left in silence.

For me, he was the weeping Christ-with-me. A real presence reserved in the tabernacle of compassionate silence. Aside from the Funeral Mass, nothing has allowed me to bury my mom and return her to God more than that hour I spent with this friend. He brought alive for me the beauty of the words of Job 2:13: [The friends of Job] sat with him on the ground seven days and seven nights, and no one spoke a word to him, for they saw that his suffering was very great.

Cathedral hosts a weekly bereavement group, Grief Share, on Thursdays from 1:00-3:00 (except 11/28 and 12/26) in the Cathedral School Library. Grief Share offers a faith filled opportunity to grieve and heal in company with others. You are most welcome to join us. For more information contact Berni Ely at 899-6637 or [email protected]