It’s an important difference, and one in which he notes many Christians tend to side with the world, rather than the Church:

“Unfortunately, most Americans — especially evangelical Protestants — have so distanced themselves from any awareness of the Christian calendar that their decisions about that kind of question have been handed over to the culture,” 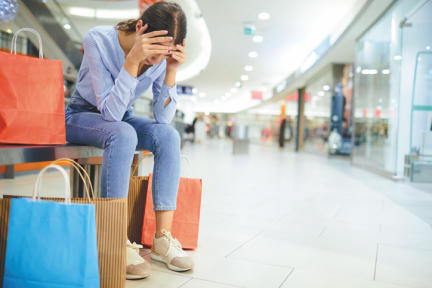 Many evangelicals fear the “cold formalism” they associate with churches that follow the liturgical calendar, and the result, he said, is “no sense of what happens when in the Christian year, at all.” Thus, instead of celebrating ancient feasts such as Epiphany, Pentecost, and the Transfiguration, far too many American church calendars are limited to Christmas and Easter, along with cultural festivities such as Mother’s Day, the Fourth of July, Halloween, Thanksgiving and the Super Bowl.

As the piece notes, this is particularly problematic for Evangelicals, but I think we Catholics can be guilty of this, too.

The Difference Between the Two Christmases For the world, what we’ve just gone through was the Christmas season, and it’s tied to (at best) being nice, and making time for family and friends, or (at worst) non-stop marketing, shopping, and fighting off loneliness and despair with a credit card.

This Wednesday marks the end of the world’s Christmas season, because this is the climax of their efforts. This is the day when we come together and share all of those presents, and where we take some time off of work to be with our families. Once the presents are opened, and our families have started to annoy us again, it’s back to our ordinary routines. Santa Claus, the central figure of this Christmas, is already gone by Christmas morning.

But for the Church, this Wednesday should mark a beginning, not an end. It marks Christ’s advent into the world where, for the first time, we could behold the Savior of the World in the Flesh, as the rich and the poor, the Magi and the shepherds alike, fall to their knees. The period we just went through wasn’t the Christmas season, because Christ hadn’t come yet. It was the Advent season, in which we’ve prepared for Christ’s coming.

The Catechism explains that in Advent, the Church

“makes present this ancient expectancy of the Messiah, for by sharing in the long preparation for the Savior’s first coming, the faithful renew their ardent desire for his second coming. By celebrating the precursor’s birth and martyrdom, the Church unites herself to his desire: ‘He must increase, but I must decrease.’”

Just as you tidy up for a party, and tidy up a lot for an important party, the birthday of Christ himself, his visit to each and every one of us, should motivate us to clean house. And cleaning house involves throwing out our old sins, and making space for Christ to come in.

With this view, Christ is our guest, and we want him to stay with us forever. So December 25 celebrates his arrival, and we savor this arrival in a special way for days, culminating on either January 6 (the traditional date of the Feast of the Epiphany), Epiphany Sunday (the nearest Sunday to January 6), or even Candlemas (February 2, for those cultures that really like Christmastime).

In a nutshell, here’s what I’d say are the two most important differences between the liturgical calendar and the secular one: 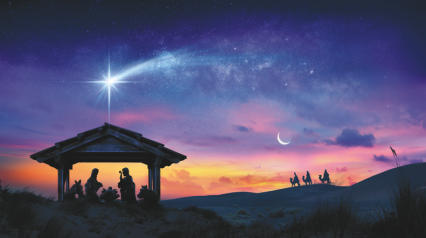 As Mattingly notes, this has hit Evangelicals the hardest. With a cultural suspicion of Advent and the whole notion of “liturgical seasons, ” Evangelicals end up turning to the world for their seasons and holidays. The most shocking example (at least to me) was my discovery that when Christmas falls on a Sunday, many Evangelical churches simply cancel church services. In 2011, when Christmas was on a Sunday, David Gibson reported for the Wall Street Journal: “ Nearly 10% of Protestant churches will be closed on Christmas Sunday this year (2014), according to LifeWay Research, and most pastors who are opening up say they expect far fewer people than on other Sundays. Other reports suggest that churches across the board are scaling down their services in anticipation of fewer worshipers.

‘We have to face the reality of families who don’t want to struggle to get kids dressed and come to church,’ Brad Jernberg of Dallas’s Cliff Temple Baptist Church told the Associated Baptist Press. Similarly, Beth Car Baptist Church in Halifax, Va., is planning a short service featuring bluegrass riffs on Christmas music. ‘I’ll do a brief sermon, and then we’re going home,’ said Pastor Mike Parnell.”

I suppose that this avoids the risk that worshiping God would get in the way of the purpose of secular-Christmas… to be with your family.

The second example is a more general one: the ongoing debate over whether we should say “Merry Christmas!” or “Happy Holidays!” Reality check: the word “holiday” is just a shortened form of “holy day.” Christmas is a holiday, Fourth of July is not (hopefully). But “holiday” has come to mean simply “vacation,” because that’s how we treat our holidays. This is most obvious in the UK, where vacationing (anytime of year) is often described as “going on holiday.” But we Americans are guilty of it as well. If we weren’t, we wouldn’t be so upset about the phrase “Happy Holidays,” because it’d be a religious phrase. If “Happy Holidays” has been sterilized to the point that secularists have no trouble using it, well, that’s partly our own fault.

So if this Wednesday is to be an end, let it be an end to the secular celebration of “Christmastime” one and for all. Take this Christmas as an opportunity to start fresh by welcoming Christ as your guest both for the day, and for the Christmas season, and forever.

Joe Heschmeyer is an instructor at the Holy Family School of Faith Institute for the Archdiocese of Kansas City in Kansas, and blogs at Shameless Popery. This article first appears online at: https://www.wordonfire.org/resources/blog/is-this-the-end-of-the-christmas-season-or-the-beginning/20006/