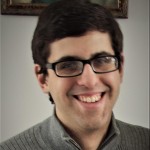 You’ve probably seen it already. Your neighbors no longer have lights twinkling outside their houses. Large trees are strewn across front lawns in preparation for garbage day. The radio station that had been playing Christmas music twenty-four hours a day since November 1 suddenly stopped playing all their carols at 12:01 AM on December 26.

We have entered the end of the Christmas season … or so thinks the world. I walked into a hardware store on December 27, and I heard “Joy to the World” playing over the loudspeakers. I was glad to hear that some place was still celebrating Christmas. But then a regular Scrooge who worked there commented to her coworker, “Christmas is over! Why don’t we turn off this silly music?”

Christmas is over for the secular world, but not for the Christian. Even now that Little Christmas (The Epiphany is over), we still have a week of Christmas left! The Christmas Season, according to the Church’s liturgical calendar, doesn’t end until the Baptism of Our Lord on January 13.

Even after those days are over with, Christmas still continues. If you don’t want Christmas to end, you’ve found good company with the Church. Below are four ways that Catholics can continue to celebrate Christmas after the New Year, just as the Church directs us to.

The Word Became Flesh!
As can be seen, there are several ways to lengthen this holy season of Christmas throughout our daily lives. Our extension of the season can serve as a light to our secular friends and peers. Pope Benedict XVI put it beautifully in a general audience he gave back in 2008:

“Because of the atmosphere that distinguishes it, Christmas is a universal celebration. In fact, even those who do not profess themselves to be believers can perceive in this annual Christian event something extraordinary and transcendent, something intimate that speaks to the heart…

“At Christmas, therefore, we do not limit ourselves to commemorating the birth of a great figure: we do not simply and abstractly celebrate the birth of the man or in general the mystery of life; even less do we celebrate only the beginning of the new season. At Christmas we commemorate something very tangible and important for mankind, something essential for the Christian faith, a truth that St John sums up in these few words: ‘The Word became flesh.’” In turn, let us not allow ourselves to put a limit on the Christmas celebration. It didn’t end on December 26, and it’s not over today. We can even continue it beyond February 2 if we allow ourselves to acquire some new, good habits.

This is truly the beauty of our Catholic Faith. We cannot confine the joy of Christmas to one day. When a single moment has the ability to change the course of human history, we can’t blame ourselves for wanting to commemorate that event for a long period of time. Feel free to keep on giving those you encounter a hearty “Merry Christmas!”

Nicholas is a cradle Catholic and hopes to give a unique perspective on life in the Church as a millennial. His favorite saints include his patron St. Nicholas, St. Ignatius of Loyola, St. Thomas Aquinas, St. John Mary Vianney and St. Athanasius of Alexandria.