As I’m writing this reflection, I am taking pause from writing a talk for an upcoming Diocesan Youth Conference. I’m preparing a brief overview of Christian history, hitting only major highlights for this 45-minute presentation. In coming into the 21st century, one cannot pass by Pope Leo XIII chanting the Veni Creator Spiritus on January 1, 1901. I cannot help but think of how that prayer, recited in Rome, has taken root and blossomed in various ways throughout the world in the 1900s.

While I’m not familiar with all the fruit born from that prayer, I am familiar with a few things that happened in the 1900s in America: the Los Angeles Street Blessing of 1906 and the Toronto Blessing of 1994, the Second Vatican Council in Rome (1962-1965), the 1967 Charismatic Movement in the Catholic Church at Duquesne University, the work of Catholic figures presently in Catholic circles (like Fr. Mike Scanlan and Fr. Dave Pivonka and Ralph Martin and Peter Herbeck of Renewal Ministries), the rise of vocations to priesthood and religious life consequent of their involvement with programs like NET Ministries, St. Paul’s Outreach, FOCUS, and LifeTeen. Many other people and movements can be mentioned here, but it is all to say that Pope Leo XIII’s prayer in 1901 seems to be coming to fruition in the Catholic Church in America. 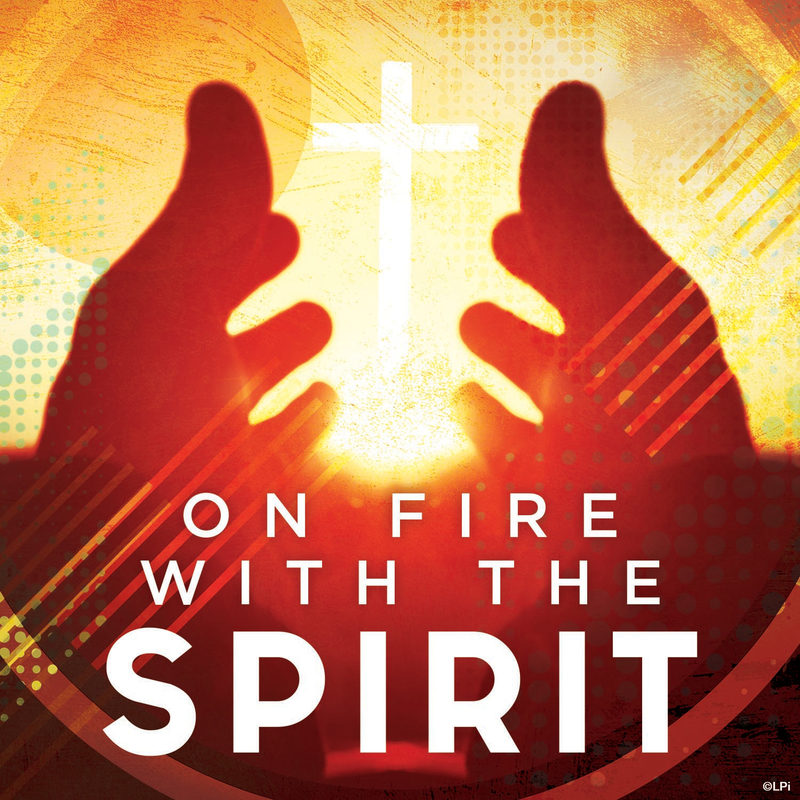 One hundred and nineteen years have passed since Pope Leo uttered that prayer, and flourishing still seems to be happening all around. And yet, there are still so many who have not yet tapped into the power of the Holy Spirit given to them at Baptism and Confirmation. The potential has been sacramentally distributed, yet remains dormant in most of the Catholic population. I heard it said one time that the Holy Spirit is the most powerful force in the world. So what would it look like if we could learn to harness or access this power in our daily lives? The late Cardinal Suenens gives us a thought-provoking reflection in his book, A New Pentecost?:

“I like to compare our approach to God in faith to that of a traveler who, as he makes his way on a winter night, arrives by some detour at a lonely cottage, ablaze with lights shining through the windows. As he looks through the windows, he sees a fire with logs burning and crackling and sparks flying. He can imagine the warmth by the fireplace, but he cannot feel it as long as he stays outside, an onlooker, in the cold and wind. This is an image of the Christian, who, in the darkness of faith, sees the light and the warmth that is God…

Still, though he may catch sight of the firelight and imagine its warmth, it has not yet penetrated to the very marrow of his bones. He has yet to go inside, not because he is worthy, but because God invites him: a God who gently presses the invitation, and longs to be one with him. For that to happen, the traveler must knock at the door — that is what he has to do. Jesus told us to knock. He did not say how many times. We have to be sure to knock and knock again. But above all, each one of us must realize that he is expected at the fireside, that he is a son, that this is his home, that he can give no greater joy to God than by accepting this invitation.

To stay on the threshold on the plea of humility would be to misjudge God’s heart. He invites all of us to experience, even here below, the warmth of His love. He has made us just for that.

Once inside, everything is different for the traveler. The bright flames on the hearth leap up to greet him, the heat begins to envelop, to penetrate him, his face lights up in the glow, he reaches out his two hands, and his numb limbs begin to lose their numbness. A sort of osmosis begins: the brightness of the flames penetrate his very being. This is an image of the experience of God, as felt by one who lets himself be invaded by God, who opens his whole being, conscious and subconscious, to the radiance of his presence. A new life takes over. Saint Paul’s cry becomes, once more, a reality: “It is no longer I who live, it is Christ who lives in me.” (Gal 2:20)

We are not alone anymore, we know we are guided by the Holy Spirit; our life unfolds in response to him. As we dispossess ourselves, our being is possessed by God. The void is filled.

God himself, who is all welcome, light and warmth, transforms our existence, bestowing on us something of his radiance. Those who allow themselves to be possessed by God, resemble the log that little by little becomes white-hot. Their life, nourished by the fire of the Holy Spirit, becomes fire in its turn. Is not this the fire of which Jesus spoke when he said, “I have come to bring fire to the earth …” (Lk 12:49)? This is what it means to experience the Holy Spirit who alone can renew the face of the earth!”

How desperately we need a fire like this that burns not only within churches, but more importantly, within individual believers’ hearts, young and old, cleric, lay and religious.

Brother John-Marmion Villa, BSC is an author for Liturgical Publications, Inc. and writes reflections on the Sunday readings.