St. Paul tells the faithful at Ephesus that they have been “sealed with the promised holy Spirit.” Catholic Tradition interprets this in terms of an indelible character imprinted on the soul in the sacraments of baptism and confirmation. It is not as if this invisible mark is simply decorative. Rather, through it, we are enabled to participate in Christ’s mission and in his offices of priest, prophet, and king.

We share in Christ’s priestly office, for example, when we “lift up our hearts,” at Mass, particularly enabled to do so by God-given powers given to us in baptism and strengthened in confirmation. When we hold the true faith in accord with the Magisterium and share it with others, we are likewise empowered by an everready supply of grace from our baptism and confirmation. This is a participation in Christ’s prophetic office. When we order our lives or our families to God’s order, we likewise rely on grace from baptism and confirmation and share in Christ’s kingly office.

St. Paul uses the word ‘seal’ (sphragis) several times in his epistles, where he connects it with the promise or ‘downpayment’ of the Holy Spirit. Something sealed by a king is marked as belonging to him, and it comes with a guarantee of protection. The prophet Ezekiel uses a similar term, where the Lord says that in the impending doom on Jerusalem, he will save the righteous who were given his mark on the forehead (Ezekiel 9). Later we see similar imagery in Revelation where 144,000 are saved from God’s wrath (Revelation 7).

According to the Catechism of the Catholic Church,

“The Holy Spirit has marked us with the seal of the Lord (‘Dominicus character’) ‘for the day of redemption.’ ‘Baptism indeed is the seal of eternal life.’ The faithful Christian who has ‘kept the seal’ until the end, remaining faithful to the demands of his baptism, will be able to depart this life ‘marked with the sign of faith,’ with his baptismal faith, in expectation of the blessed vision of God—the consummation of faith—and in the hope of resurrection” (CCC, 1274).

Hence, St. Paul further says that the seal “is the first installment of our inheritance toward redemption as God’s possession, to the praise of his glory” (Ephesians 1:14).

In answer to questions in the Church of his day regarding repentant apostates, St. Augustine taught that one must not and cannot be baptized again or ordained again (Rev. Peter Drilling, Trinity and Ministry, 64). These sacraments were given to a person once forever. St. Augustine developed the understanding of the seal as a character – like a brand imprinted on a soldier that cannot be removed. Even if the soldier defects, he cannot remove the brand. Sin may cut off our access to the grace we have received, but repentance through the sacrament of reconciliation causes it to flow again in us. Thus we read in the Catechism,

“No sin can erase this mark, even if sin prevents baptism from bearing the fruits of salvation. Given once for all, baptism cannot be repeated” (CCC, 1272).

Sealed for a Purpose
According to St. Thomas Aquinas, the character is a supernatural power given to the soul. Fr. Peter Drilling writes of St. Thomas’ teaching, “What God does is confer the capacity to give proper worship to God. The whole purpose of the character, then, is to orient a person to action in the public, ecclesial setting, where worship is offered” (Trinity and Ministry, 69). The worship it orders us to in the liturgy is communal in nature, as the baptized person is incorporated into Christ’s Body the Church. Thus we read in the Catechism,

“Incorporated into the Church by baptism, the faithful have received the sacramental character that consecrates them for Christian religious worship. The baptismal seal enables and commits Christians to serve God by a vital participation in the holy liturgy of the Church and to exercise their baptismal priesthood by the witness of holy lives and practical charity” (CCC, 1273).

In the RCIA, this is why baptized candidates wishing to enter the Church are given special place at the liturgy while unbaptized catechumens or elect are dismissed after the Liturgy of the Word to further reflect on the Word amongst themselves. 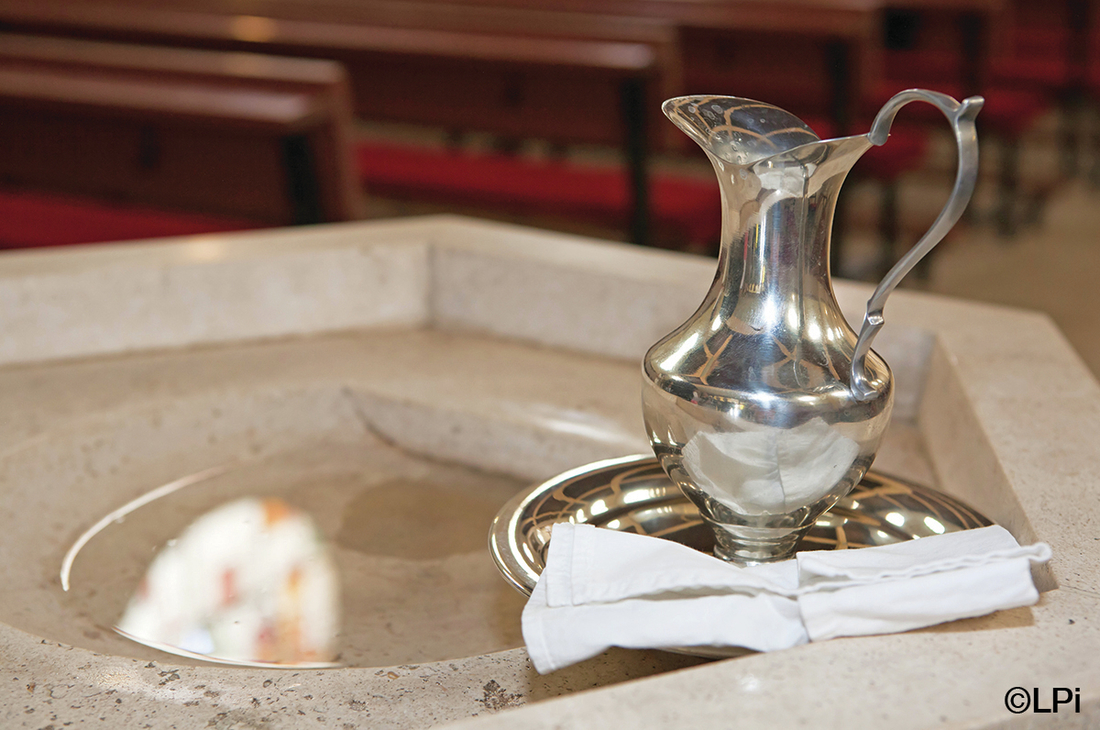 Baptism orients the person not only to participation in Christ’s priestly office but also his prophetic and kingly offices. The Rite of Baptism places these words at the anointing with chrism: “As Christ was anointed Priest, Prophet, and King, so may you live always as members of his body, sharing everlasting life.” Confirmation strengthens this with particular emphasis on the prophetic and kingly offices, so that the confirmand may be strengthened in building up the Body. We read in the Catechism:

“Like Baptism which it completes, Confirmation is given only once, for it too imprints on the soul an indelible spiritual mark, the ‘character,’ which is the sign that Jesus Christ has marked a Christian with the seal of his Spirit by clothing him with power from on high so that he may be his witness. This ‘character’ perfects the common priesthood of the faithful, received in Baptism, and ‘the confirmed person receives the power to profess faith in Christ publicly and as it were officially (quasi ex officio)’” (CCC, 1304-1305).

Holy Orders further builds on baptism and confirmation, empowering a man forever to act in the person of Christ in his offices of priest, prophet, and king; he is variously enabled to serve the Body if ordained a deacon, priest, or bishop. The laity, of course, are not given the indelible mark of Holy Orders in its three ranks. However, the laity are called by virtue of the indelible character of their baptism and confirmation to serve as Christ in the Church and in the world. We read in the Catechism:

“Since, like all the faithful, lay Christians are entrusted by God with the apostolate by virtue of their Baptism and Confirmation, they have the right and duty, individually or grouped in associations, to work so that the divine message of salvation may be known and accepted by all men throughout the earth. This duty is the more pressing when it is only through them that men can hear the Gospel and know Christ. Their activity in ecclesial communities is so necessary that, for the most part, the apostolate of the pastors cannot be fully effective without it” (CCC, 900).

Thus, as we worship, teach, and serve, let us be aware of the font within us of ever-ready grace from our baptism and confirmation. As Jesus said to the woman at the well,

Michael J. Ruszala is the author of several religious books, including Lives of the Saints: Volume I and Who Created God? A Teacher’s Guidebook for Answering Children’s Tough Questions about God. He holds a master of arts degree in theology & Christian ministry from Franciscan University of Steubenville. He has served for a number of years as a parish director of religious education, parish music director in the Diocese of Buffalo, and adjunct lecturer in religious studies at Niagara University in Lewiston, NY. For more information about Michael and his books, visit michaeljruszala.com.