Recently, I posted a controversial article on social media, and not surprisingly, I was met with a slew of responses from friends describing ways they either agreed or disagreed with me. It was like a lot of social media debates — one sided, heated, and in the end, somewhat pointless. As I reflected, I wondered if my posting was necessary much less virtuous. Had I accomplished what I set out to do? Did I change anyone’s mind, or did I stir up discord in friends who normally interact in unity? Was my posting helping further the kingdom of God on earth, or did I compete against that goal?

As I ponder the readings for this weekend’s Mass, I find my answer. The theme of holiness is pervasive in each reading, but looking deeper, the theme of mercy shines even more. Indeed, all of Christ’s followers are called to be as holy as he is. But more than that, the holiness we are called to is only made possible by his unending mercy, as the psalmist rightly proclaims: “As far as the east is from the west, so far has he put our transgressions from us.” It simply isn’t enough to say we want to be like Christ. Instead, true disciples are called to be living witnesses of his love and mercy to all those they encounter — whether in person, online, or in passing.

The Rule of the Secular Franciscan Order shares that “… all people of good will, are called to build a more fraternal and evangelical world so that the kingdom of God may be brought about more effectively. Mindful that anyone ‘who follows Christ the perfect man, becomes more of a man [i.e., human] himself,’ let them exercise their responsibilities competently in the Christian spirit of service.” 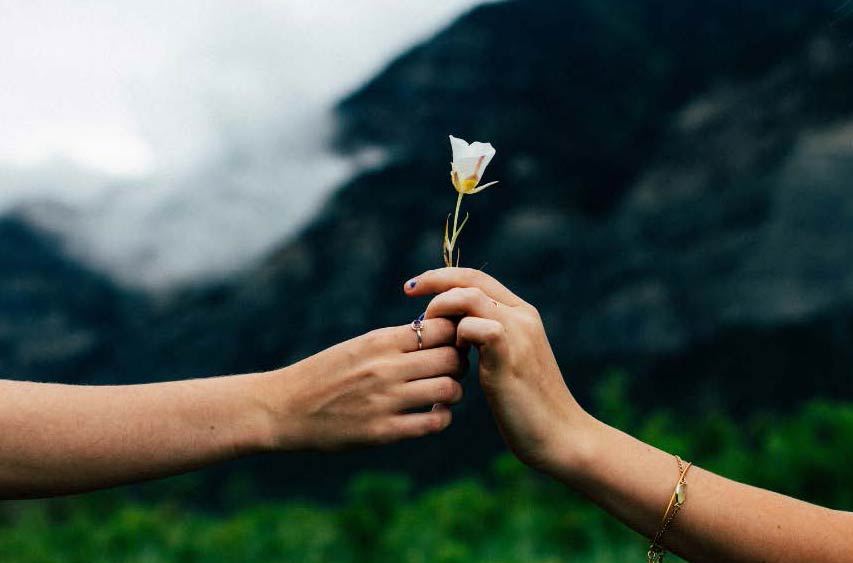 To me, this rule exemplifies precisely how we are to heed the words of Jesus in the Gospel. He doesn’t call us to keep count, to hold on to grudges, or to constantly defend ourselves when wronged. When I posted the controversial article on social media, it was clear that everyone had an opinion to defend. Rather than helping build a more evangelical and fraternal world, the post became a space for “an eye for an eye and a tooth for a tooth,” only with words and intellectual arguments.

In the first reading, Moses is called by God to not only be holy, but to show no revenge. The antidote to the selfish desire for revenge is mercy. Even from the days of Moses, God has shown mercy is one of His greatest attributes. This mission of mercy is also given to all His followers.

The psalm continues with this theme as we sing of the Lord’s kindness and mercy. I often wonder if my social media activity is a reflection of God’s action or the opposite. I wonder if those who follow me could say my posts are “kind and merciful.” God reveals Himself as a just judge who speaks immutable truth, but this is not separate or isolated from His unending kindness and love toward humanity. If I don’t follow that same mission, I cannot say I’m truly Christian.

The final gut check for me is found in the words of St. Paul in the second reading as he reminds us that we are temples of the Holy Spirit. This means that even those who disagree with me bear the image of God. They should be treated accordingly, not with a tolerance that accepts sin, or with an avoidance of proclaiming the truth, but through actions and words that truly exemplify the love we have received from our Father. This is a love that calls us to conversion and holiness, but one that is kind and merciful.

So, in the end, I realized that posting the article didn’t help anyone see Christ better. Instead, it sowed a seed of division and discord. The readings this weekend urge us to live a life of mercy in order to be holy so we can be saints someday. A saint is one who sees the beatific vision. That vision needs to start on earth in how we treat those around us who are temples of the Holy Spirit, the same Holy Spirit with whom we want to spend eternity.

Angie Windnagle, BSC is an author for Liturgical Publications, Inc. and writes reflections on the Sunday readings.