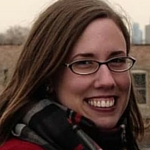 I was exactly 8,491 miles away from home. It had taken me four flights, 16 hours of waiting in airports, 20 hours in the air, and several hours careening around dirt roads in a bus to reach the town of Hosur in India.

I was there as part of a month-long immersion trip and had just finished my first week in country. Given the effort to get here, you might think I am the adventurous type — prone to backpacking solo around Europe, cliff jumping into swimming holes, or taking off on a last-minute trip to Patagonia. The reality is that I am cautious by nature, a careful planner, and not a fan of heights, cliffs, roller coasters, or really anything that involves danger. And yet here I was traipsing through the dusty streets of an Indian village and wondering if I had been slightly possessed when deciding to come here.

The truth is that I had been fascinated with the idea of traveling to India ever since I was a little girl. I had come across pictures of India in the National Geographic magazines that I dragged home from the library and it seemed like a magical place — exotic, mysterious, colorful — a place of adventure. I’m sure my 10-year-old imagination romanticized it quite a bit. My actual experience of India was full of color and beauty, but it was also hot, smelly, noisy, crowded, and confusing. I felt overwhelmed by the differences in culture, and I struggled to communicate even the most basic of questions.

As our group wandered through the town, a local family stopped us and invited us to their home for refreshments. I ducked in through the doorway and was struck by how tidy the house was. Mats covered the carefully swept dirt floor and a few chairs were placed along the wall. There was a small alcove that served as the kitchen and a sheet hanging across a doorway that went into a bedroom. 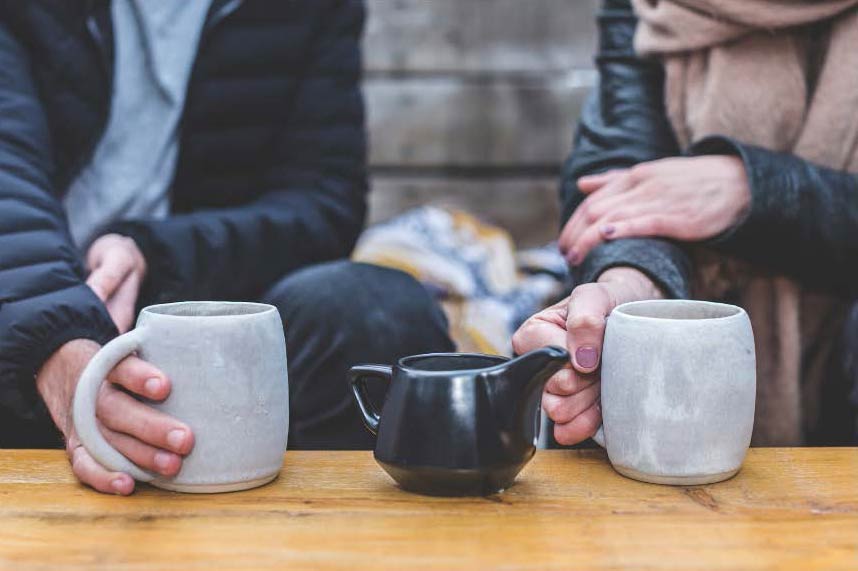 I removed my sandals at the door and started to sit down on the floor, but the matriarch of the family clucked at me and shooed me toward one of the chairs. I tried to gesture that I was OK with sitting on the floor, but it was obvious that she would not take no for an answer. Her daughter handed me a cup of sweetened coffee, and I noticed that it was in a very beautiful china teacup. The rest of the tea set was nearby and it was obvious that it was one of their prized possessions as there was not a single chip or crack that I could see. I asked the guide to tell them that I thought it was very pretty. As she translated, the mother and daughter glowed with pride. The rest of their family sipped their coffee from tin cups while the guests were given the china teacups.

I felt slightly awkward as we had no gifts or anything that we could offer in exchange. We were dusty, dirty, and probably smelled to high heaven after being on a crowded, hot bus all morning. Our hosts were dressed in what looked like their very best clothes.

Conversation was slow and stilted. We had to use our guide to translate, so much time was simply spent nodding and smiling at each other. Our guide shared with us that the family was very happy we had come to visit them. They were not well liked within their community because they came from a lower caste, and initially they were not sure if we would accept their invitation. They told us they felt honored that we had come to their home and asked us if we would pray for them and keep them in our thoughts after we left. The mother bowed to us and offered a “Namaste” as we readied ourselves to leave. I found myself wishing that there was something of value that I could offer in return but all I had was a smile, a promise to pray for them, and an attempt to say thank you in Hindi.

I was so touched by the hospitality of this family and at the same time felt guilty and unworthy of their gratitude. All I had done was shown up at their home. There was next to no effort on my part whereas they had dressed in their finest, cleaned their home, offered us refreshment and in their treasured tea set, no less! I found myself wondering if I would have gone out of my way quite so much for a group of complete strangers. But then I realized that’s how it is with God’s love sometimes. I show up dirty, tired, with nothing to offer in exchange. I often don’t feel worthy of it and yet it’s still there being offered. Sometimes all I can give is a heart-felt thank you.

As I put my sandals back on and walked out into the sunshine, I felt a new openness to the experience of traveling in India. A simple afternoon tea had touched my heart and helped me to see not only the beauty of the country but also the beauty that was inside the people I was encountering.

Annie Devine is originally from Ohio and currently resides in Wilmington, Delaware, with her husband, baby daughter, and a rescue dog named Lucy. She has a B.A. in English and literature and an M.A. in pastoral ministry and has spent the last 10 years working and volunteering in young adult ministry. Annie likes to cook, read books, and take naps in hammocks.