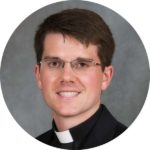 We can learn a lot about evangelization from the World War One film 1917. On imdb.com, a reviewer, calling himself “grantss” (no relation to me) summarized 1917’s plot with these words:

“April 1917, the Western Front. Two British soldiers are sent to deliver an urgent message to an isolated regiment. If the message is not received in time the regiment will walk into a trap and be massacred. To get to the regiment they will need to cross through enemy territory. Time is of the essence and the journey will be fraught with danger.”

Now imagine the above summary changed slightly so that it applies to your life–and the lives of your fellow Catholics:

“March 2020, the City of Springfield. Cathedral parishioners are sent to deliver an urgent message to a Midwestern population. If the good news is not received in time, many people will remain far from God and be eternally unhappy. To get to the unchurched they will need to venture into secular society. Time is of the essence and the journey will be fraught with danger.” 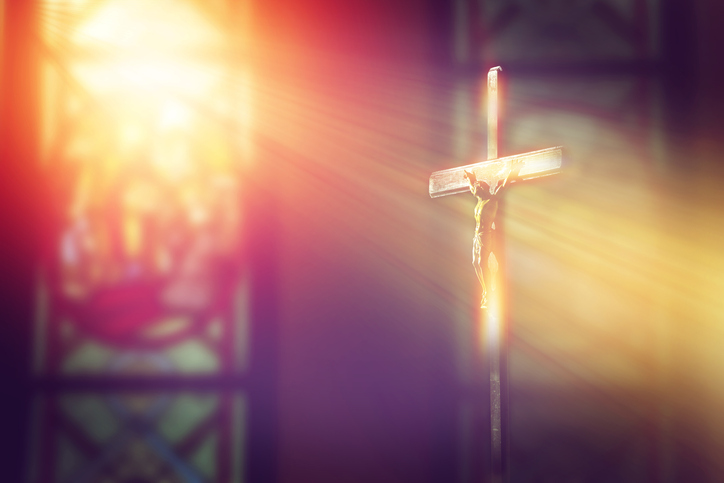 In the First World War, the stakes included the lives of millions of soldiers and citizens, along with the political future of Europe and its colonies. The Allies were fighting to defeat the Axis Powers and to defend their foreign and domestic nations and peoples.

In the life of every Christian, a similar war is waged. In your life and in mine, we have the opportunity to be a participant in the campaign to bring friends and family and neighbors to Christ, or, we can choose to allow these relatives and acquaintances to remain in “enemy territory.”

Okay, you say, I’m willing to take part, but what exactly is my part again? Do I need to put on a uniform? Go through basic training? Dig a trench and hunker down?

In 1917, we see the Axis and Allied armies use tried-and-true tactics, while also incorporating new technologies and strategies into their arsenal. They fight with knives, rifles, and machine guns, trip wires, buried mines, and barbed wire, and artillery and airplanes–anything to get the job done.

In a similar vein, a modern Catholic who wants to win the evangelization war must use both tried and true techniques, like having good friends and a consistent prayer life, reading Scripture, and going to Mass as often as possible, while also taking advantage of new ways to spread the good news.

These might include posting on social media sites, pulling Christian messages out of popular movies, songs, and games, using words and analogies that connect with modern audiences, and offering others your personal testimony and friendly hospitality to show them that the Christian life is livable, believable, and true.

These strategies can’t be activities that we “add on” to our lives but should instead be parts of a total lifestyle change. A soldier going to war doesn’t just change clothes or add a few hours of combat to their normal routine. They leave family, friends, home, career, and everything else behind to defend their country.

Just so, a Christian hoping to evangelize can’t just put on a cross necklace, volunteer to read at Mass, or pray piously for five minutes before bedtime and expect to leave the rest of their life the same as before. A Catholic determined to be an ambassador will need to let the light of Christ shine in and on and through every aspect of their life.

Finally, just as the goal of war is to bring peace to a nation, the goal of evangelization is to bring peace to others. Ever since the fall of Adam and Eve, we aren’t at peace with anything in the world: our bodies, our work, our friends, and above all, our God. Everything and everyone is fractured and broken. Because there is this great need, we need to aim our evangelization at bringing the peace of Christ into the lives of everyone we know and meet.

Grant Wilson is a seminarian for the Diocese of Springfield in Illinois, currently residing at the Cathedral on internship. He will be going into third theology in the fall.

Parish Office Hours
Monday thru Thursday – 8:00AM to 3:30PM
Fridays During the Summer – Closed