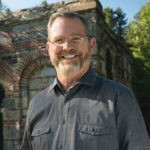 It is an all too common occurrence, Catholics leaving the Church because one well-intended Bible-believing Christian challenged their faith by asking one question, “Where is that in the Bible?” Suddenly, the scope of truth has been confined to a single book, the Bible, without either party realizing that they have bought into a collection of unexamined presuppositions. Namely:

And without even the slightest hint of defense or a discerning pause the unsuspecting Catholic allows his friend’s presuppositions to go unchecked and in many cases adopts them as his own. After all, one would think, if someone can quote that much Scripture, he must know what he is talking about.

Hydrogen and Oxygen
But are the above presuppositions true? Perhaps the greatest difference between Catholics and Protestants is the way the two groups view the means of receiving divine revelation. For most Protestants, the only reliable source of divine revelation is the Bible. This tradition of relying on the Bible as the sole means of receiving God’s revelation, however, is fairly recent as it was only introduced in the sixteenth-century Protestant Reformation. The Catholic Faith, on the other hand, is not a “religion of the book,” rather, it is the religion of the “Word” of God (Catechism of the Catholic Church, 108). The Church teaches that both Sacred Tradition and Sacred Scripture form one sacred deposit of the word of God (Dei Verbum, 10). The gospel of Jesus Christ is the source of all saving truth and moral discipline, and as such it must be conveyed to all generations. Therefore, Jesus commanded his apostles to preach the gospel. In the apostolic preaching, the gospel was handed on in two ways: 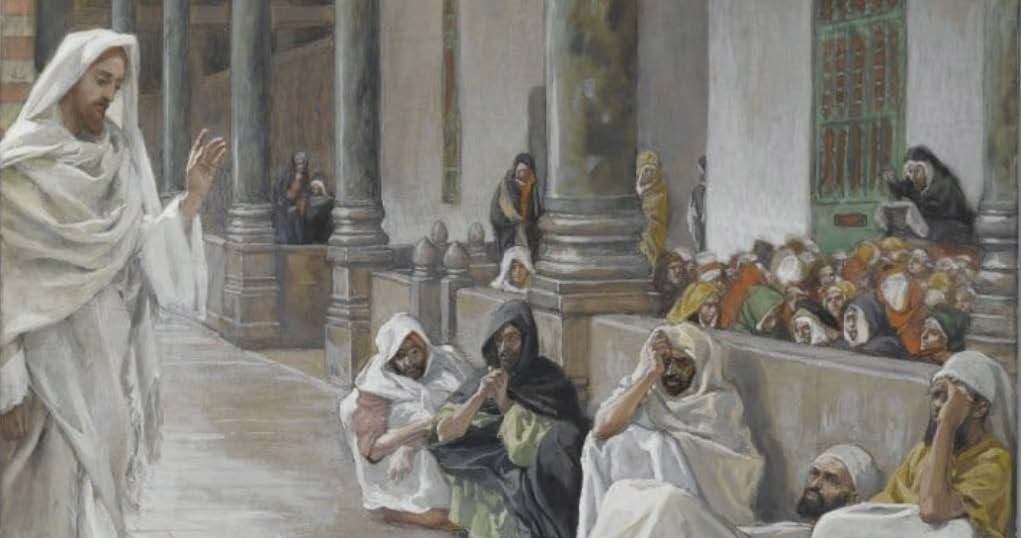 Both means of the apostolic message, Sacred Tradition and Sacred Scripture, are bound closely together and communicate one with the other. They both flow from the same divine source, and share a common goal; to make present and fruitful in the Church the mystery of Christ (CCC, 80). I like the way Mark Shea put it in his book By What Authority?: An Evangelical Discovers Catholic Tradition. He describes the relationship between Scripture and Tradition as one—but not the same. “They were the hydrogen and oxygen that fused to form living water. They were the words and the tune of a single song. They were two sides of the same apostolic coin.” (p. 120)

Jesus Delegates Authority
But the question arises, how can the full deposit of faith remain intact and free from the fallibility of an individual’s whim? This is particularly important since there was no formal New Testament to guide the Church until 393 A.D. Who would preserve and teach with authority the gospel as it spread into various cultures and continents? To safeguard the gospel, the apostles appointed bishops as their successors, giving them “their own position of teaching authority” (CCC, 77). In the process of apostolic succession, we see the continuation of Jesus’ delegated authority down through the ages.

For it was Jesus who said to Peter, the first pope:

And to his apostles Jesus said, “All authority has been given to me in heaven and on earth. Go therefore and make disciples … teaching them to observe all that I command you” (Matthew 28:18-20) and “He who receives you receives me, and he who receives me receives the one who sent me” (Matthew 10:40).

What We Mean by ‘Tradition’
This idea of a living, continuing authoritative presence did not begin with the Catholic Church. In the Old Testament we see an ongoing authority in the Mosaic priesthood as well as the Royal dynasty of David and the Sanhedrin established just prior to Jesus’ birth.

Today, the bishops around the world in union with the bishop of Rome, the pope, constitute the teaching authority of the Church. This authoritative body is often referred to as the Magisterium. The Magisterium, Sacred Tradition, and Sacred Scripture are so closely “linked and joined together that one cannot stand without the others” (DV, 10).

This is the living Tradition of the Church. In defining what apostolic Tradition is we must first distinguish between social traditions, traditions of the Church and THE TRADITION. When the Church speaks of apostolic Tradition, she is not speaking of it in the sense that people traditionally open their gifts on Christmas Eve as opposed to Christmas day. Frankly, this is your own business and can be modified upon your grandmother’s approval. Nor is apostolic Tradition the numerous theological, disciplinary, liturgical, or devotional traditions developed in the local churches over the years. These traditions, (often referred to as “small t” traditions) can be modified or entirely dropped under the guidance of the Magisterium.

Jesus’ criticism of the Scribes and Pharisees in Mark 7:13, “that you have invalidated the word of God by your tradition,” is not a blanket condemnation of all tradition, but rather, a correction regarding a tradition of man (Corban) that had choked the power of the Word of God. According to this tradition, a son could declare that what he had intended to give his parents was considered “Corban,” i.e., a gift devoted to God. Once a gift was considered “Corban” it could no longer be designated for the care of their parents. Wouldn’t you condemn a tradition like that? Joseph Cardinal Ratzinger pointed out that the “traditions were criticized in order that genuine tradition might be revealed” (Principles of Catholic Theology, p. 95). 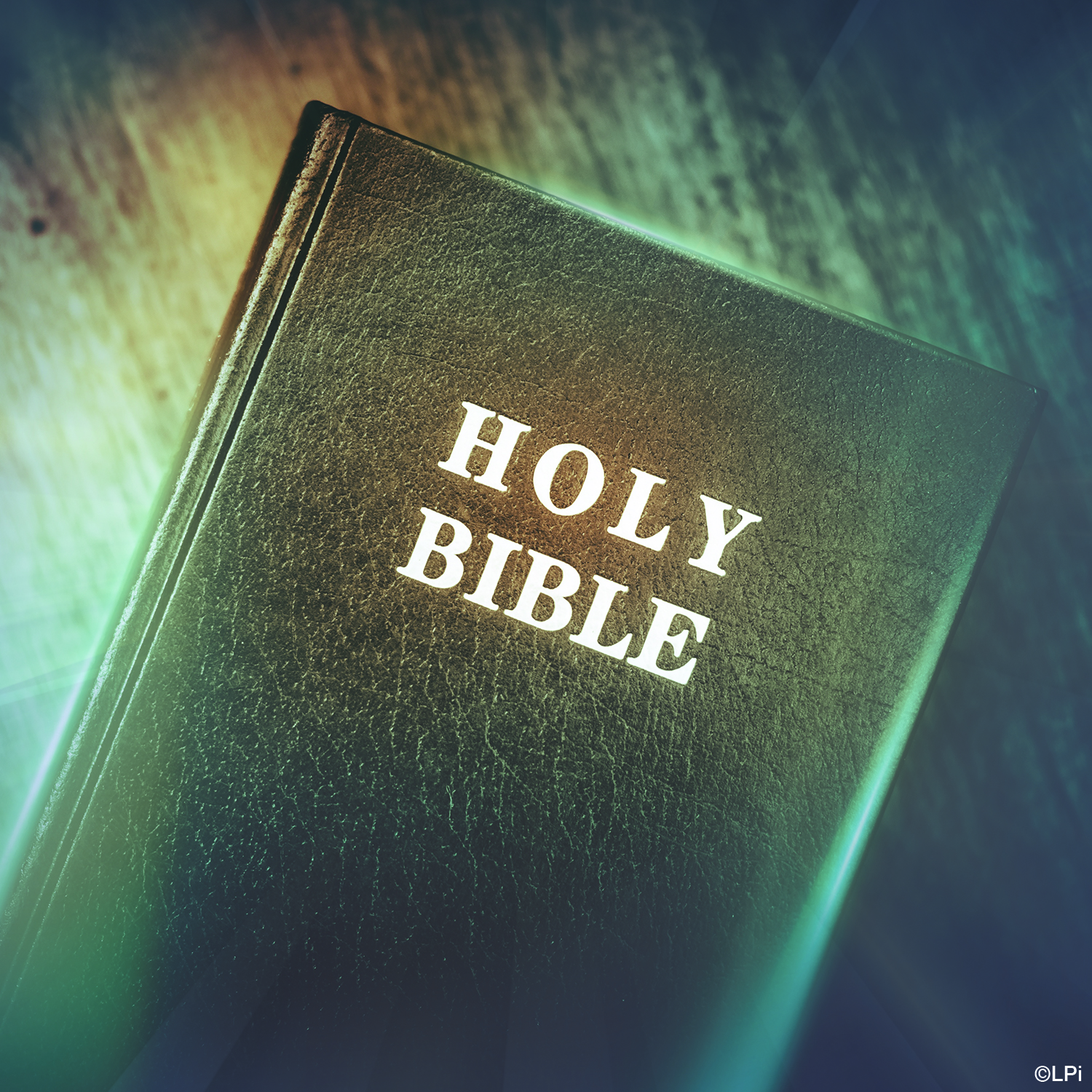 Oral and Written
It comes as a big surprise to some to realize that at no time in the history of the people of God was the concept of the Word of God bound only to the written page. From the beginning of the Bible until Moses (1400 BC), oral tradition was the only means of passing on the words of God. And from Moses on through to the Catholic Church it was clearly understood by all in God’s covenant family (Israel) that the Word of God was to be understood in terms of both oral and written Tradition. It was also understood by Jesus and the early Church that the Word of God was transmitted by two means: orally and in written form. Paul clearly understood this to be true as we see in his exhortation to Timothy: “hold to traditions which you have learned, whether by word or by our letter.” (2 Thessalonians 2:14)

Cardinal Ratzinger noted: “Jesus did not present his message as something totally new, as the end of all that preceded it. He was and remained a Jew; that is, he linked his message to the tradition of believing Israel.” (ibid p. 95)

This dual meaning of receiving the Word of God in oral and written form is part of the tradition of Israel. Just weeks after the children of Israel were freed from Egypt, they settled for one year at the base of Mt. Sinai. It was there on Mt. Sinai that Moses received the written Torah (the first five books in the Bible), and during the forty-year period following the Exodus under the inspiration of the Holy Spirit Moses put the Torah into writing.

The Oral Torah
The fact that God put his will into writing does not come as a surprise to most Christians, but what does cause people, particularly Protestants, to theologically stutter is the fact that the Jewish community of the Old Testament as well as the people of Jesus’ time all believed that God gave to Israel an oral law (oral tradition) in addition to the written law. Rabbi Hayim Donin in his book entitled To Be a Jew explains: “we believe that God’s will was also made manifest in the Oral Tradition or Oral Torah which also had its source at Sinai, revealed to Moses and then orally taught by him to the religious heads of Israel. The Written Torah itself alludes to such oral instructions. This Oral Torah—which clarifies and provides the details for many of the commandments contained in the Written Torah—was transmitted from generation to generation until finally recorded in the second century to become the cornerstone upon which the Talmud was built.” p. 24-25

Jacob Neusner points out in his Introduction to the Mishnah, which is the codified oral tradition of the Jewish community, that the Oral Torah “bore the status of divine revelation right alongside the Pentateuch.”

An Ancient Current
The Jewish community, from which Christianity springs, has always understood Torah to be both written (Sefer Torah) and Oral (Torah She-B’al Peh). Along with the written Torah, the Oral Torah which Moses received at Sinai, was “transmitted to Joshua, and Joshua to the Elders, and the Elders to the Prophets, and the Prophets to the Men of the Great Assembly…” (Ethics of the Fathers 1:1). In nearly identical fashion the Catholic Church has continued in this tradition of the Word of God coming to his people in both written and oral form. It is fair to say that the new concept of God’s Word coming only in the written form (Sola Scriptura) was a foreign idea to the Jews both in Moses’ and Jesus’ day.

It must be made clear that the Catholic teaching that “Sacred Tradition and Sacred Scripture form one sacred deposit of the word of God” (DV, 10) is not some new cleverly devised system, but is a continuation of that ancient stream in which our forefathers stood. The very idea of the Word of God being both written and oral flows from our Jewish roots. It is part of the nourishing sap of the Olive Tree (Israel), and those who stand outside of this tradition stand on the shores of the still flowing ancient current.

Jeff Cavins is passionate about helping people understand Scripture and become disciples of Jesus Christ. Though he was born Catholic, Jeff went to Bible school and served as a Protestant minister for twelve years before reverting to the Catholic Faith. He then quickly became a leading Catholic evangelist and author. Jeff is best-known for creating The Great Adventure Bible study programs published by Ascension, which have been used by hundreds of thousands of people to engage in Scripture in a life-changing way. In addition to The Activated Disciple, some of his other recent projects include his podcast, The Jeff Cavins Show, and the Great Adventure Bible studies, Ephesians: Discover Your Inheritance, and Wisdom: God’s Vision for Life.