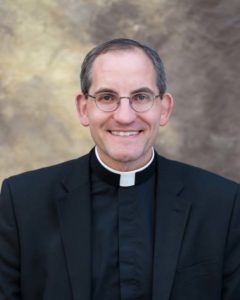 This past week we had the privilege of celebrating the feast day of a mother and her son. On Thursday, August 27, the Church celebrated the feast of St. Monica. On the following day, the Church celebrated her son, St. Augustine. St. Augustine is recognized by many as one of the greatest and most prolific writers in the nearly 2000-year history of the Church. In fact, there is a saying that if someone claims to have read all of his writings, they would be lying.

But the Church would not have a St. Augustine without a St. Monica.
And that fact is true both on a natural level (which is obvious) and on a spiritual level. You see, St. Augustine was far from a saint in his early years. His mother saw that he was living an immoral life, but she supposedly had a vision that he would come back to the faith one day. With the hope given from that vision, she dedicated herself to prayer and fasting for her son. Finally, after 17 years of prayer, St. Augustine was finally baptized in Milan by another future saint, St. Ambrose.

There is a moving passage from the Confessions of St. Augustine, his spiritual autobiography, where he recounts a conversation he had with his mother as the end of her life drew near. He records the following words from his mother:

Son, as far as I am concerned, nothing in this life now gives me any pleasure. I do not know why I am still here, since I have no further hopes in this world. I did have one reason for wanting to live a little longer: to see you become a Catholic Christian before I died. God has lavished his gifts on me in that respect, for I know that you have even renounced earthly happiness to be his servant. So what am I doing here?

One of the greatest struggles faced by parents is the sadness they experience when their children have left the practice of the faith. If you, or somebody you know, is in that situation, I encourage you to ask the intercession of St. Monica for their loved ones. Her powerful prayers on earth helped to bring about one of the most important conversions in the life of the Church. From her place in Heaven, her prayers to the Lord on our behalf are even more powerful!

St. Monica, pray for us!

Father Alford is the Rector of the Cathedral and serves in the diocesan curia as the Vicar for Clergy, Consecrated Life, and Vocations.